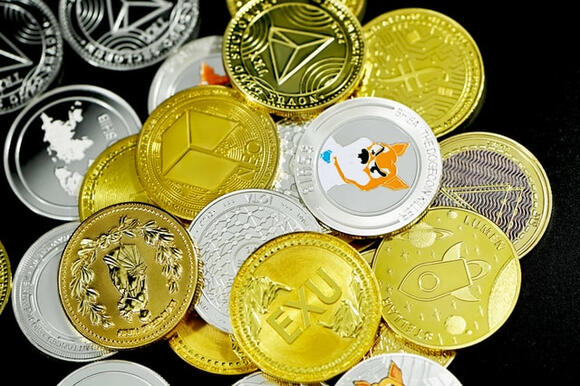 Meme coins like Shiba Inu token and Dogecoin attract investors because of the low cost and promise of a big payout down the road.Photo by Executium/Unsplash

A version of this opinion piece previously published on Medium

Full disclosure—I'm invested in a meme coin and random people on the internet just like you keep warning me that I’m going to lose all my money. To which I say, hey you, why do you care so much about my financial future?

Have we met before? Did we have a deeply meaningful relationship in this life or another one? Why do you feel so compelled to intervene and remind me of impending doom every time I mention my enthusiasm for my meme coin open public spaces like Twitter and YouTube comments?

I feel your disdain in every unsolicited comment, your superiority in your poorly researched advice. You think I’m not so intelligent. When you think of me, you probably picture that kid in school you just wanted to smack for no reason.

Just so you’re aware, I’m acting on my own free will with my own money. I haven’t borrowed my initial investment from anyone, especially not you. Yet you continue to ridicule me.

You tell me I’m wasting my time. That my coin is never going to get anywhere. And worse, you tell me and every enthusiastic meme coin holder full of hope that we’re going to die poor.

You never have any legitimate reasons (technical reasons) as to why my meme coin cryptocurrency will never make it, yet you persist everywhere I go.

A precedent has already been set for hope and belief in the power of cryptocurrency to create life-changing wealth. It’s called Bitcoin. Some might say that Bitcoin is the ultimate meme coin.

In 2008, people deep in the tech world were abuzz with some decentralized currency worth approximately $.0008 that governments had no control over.

The fact that governments had no say in this new cryptocurrency meant absolutely nothing to the average person who was just fine with their dollars, euros, and pesos.

This led average people to ask?

Well, if Bitcoin is so great, who invented it and who’s in charge? The answer — We don’t know.

Well, what can Bitcoin be used for? The answer — We don’t know.

OK then, how much does Bitcoin cost? The answer — A fraction of a penny but it could lose even more value or it could make you a bazillionaire in 10 years. In short, we don’t know.

I don’t know about you but at the time, I was well aware of penny stocks, so Bitcoin sounded like a scam to many, including me.

Bitcoin being the first of its kind, some people spent their modest bitcoin holdings on pizza. Others cared so little about their fraction-of-a-penny holdings, they didn’t bother to keep their wallet “keys” and their holdings are lost forever.

Fast forward 13 years later, and Bitcoin is a rich man’s pursuit like super yachts and space rockets. Institutions are buying up the asset at approximately $62,000 per Bitcoin and higher.

So my point is this. Are you a soothsayer? Do you represent a competitor crypto or asset that would benefit from me giving up on my dream? How do you know whether or not I’m going to lose all my money or become a millionaire?

If you’re so certain that my meme coin isn’t worth the blockchain that its minted, look away and enjoy my failure should it actually happen.

Or better yet — buy a few bucks worth of my meme coin (after you do your own research, of course) and come back in five years. Then we’ll talk.