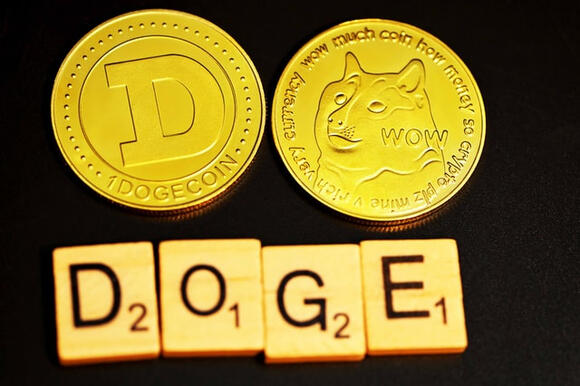 Dogecoin skyrocketed and gained acceptance as a serious investment once listed on Robinhood.Photo by Executium on Unsplash

The community behind Shiba Inu Coin, better known as the ShibArmy, doubled down on Robinhood with calls to list $SHIB on the company's high-traffic platform. The publicly traded company makes buying and selling stocks cryptocurrency accessible to its 31 million users thanks to an incredibly easy-to-use app.

#ShibArmy and #SHIB enthusiasts have good read reason push for a Robinhood listing. After listing Dogecoin, the meme token jumped more than 9,700% thanks to a community of two million followers on Reddit and sporadic tweets from Elon Musk. The expectation is that Shiba Inu being listed on Robinhood would yield similar results.

The fourth quarter of 2021 has been eventful for Shiba Inu Coin, leading many expect a Robinhood listing soon. Between late September and early October, the token spiked 300+% and effectively erased a zero, a milestone for cryptocurrency priced below one cent USD.

At the time of publication, Shiba Inu ranks #20 and is priced at .00002834 per token, securing its place in the top half of CoinMarketCap's prestigious top 100 list. Close to 750,000 cryptocurrency buyers hold Shiba, an increase of close to 60,000 in October alone, according to data posted on CoinMarketCap.

Popular cryptocurrency influencers and Shiba Inu fans such as @delcrxpto (Del Crxpto), @shibainuart (Milkshake), and @davidgokhshtein (David Gokhshtein) have spoken about "unusual" activity in the Robinhood app as well as a shift in corporate messaging regarding Shib. On Oct. 21, Del Crxpto tweeted "If

"@RobinhoodApp list $SHIB shortly after the long awaited $BTC ATH, its no coincidence and confirms that $SHIB has been loaded & ready on the RH system for months. This has been a strategic play between RH & $SHIB since day one, genius." A petition requesting Robinhood to list Shiba Inu on its platform has gathered 270K+ signatures so far."

Robinhood competitors get in front of a potential cryptocurrency tsunami

Relentless pressure from Shiba fans and investors not withstanding, the catalyst pushing the company to list the token is most likely that major competitors have beat it to the punch. Coinbase listed Shiba in September and Public.com unexpectedly announced that its app would list Shib on Oct. 20.

Leading cryptocurrency exchanges Binance, Binance US, Kucoin, and Webull are but a few among the long list of exchanges worldwide to list Shib before Robinhood.

If the dramatic price increase Dogecoin experienced is any predictor, listing Shiba Inu on Robinhood could make a lot of anxious token holders millionaires overnight.