Captivate Your Audience with Selfies & Videos from Eye-Catching Locations Around Philadelphia, PA 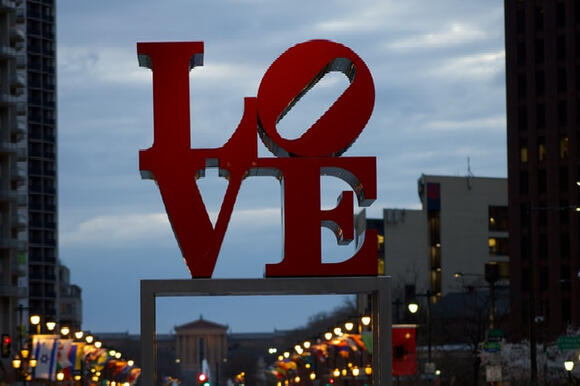 Love Park is one of Philadelphia's most visited attractions for videos and selfies.Daniel O'Donnell/Unsplash

Willingness to appear on camera is only half the battle won when it comes to building a social media audience. Experienced influencers know that a great location can make a video or image go viral. If you’re just getting started with a blog or social media such as Instagram, consider going on location to shoot video and images at these renowned locations around the city of Philadelphia.

With several high-ranking art schools, a major fine arts museum and performing arts locations throught the city, it is clear that Philadelphia is a must-visit for art lovers. The Rodin Museum, located at 2151 Benjamin Franklin Parkway, houses the most extensive collection of sculptures by Auguste Rodin outside of France.

The museum also features an outdoor sculpture garden. The presence of Rodin’s most famous work, The Thinker, makes this area a great backdrop for photos and videos.

See if you can convince your audience that you took a quick trip to Tokyo with selfies and videos taken on the grounds of the Shofuso Japanese Cultural Center. Located in Philadelphia’s storied Fairmount Park, the center was first opened to showcase Japanese landscaping at the Centennial Exposition in 1876.

The garden was re-designed by Sano Tansai in 1958 to include an authentic shoin-style Japanese structure, brought in from the Museum of Modern Art in New York.

For Shofuso’s 60th anniversary in 2018, representatives from Kobe, Japan improved the garden, giving it a more authentic look and feel. A pebble beach added to the central pond in 2021 is inspired by the shoreline along the Kamo River in Kyoto.

There are few places more iconic than Love Park, located at John F. Kennedy Plaza. The unique sculpture, a top photo-op location, was designed by Robert Indiana to celebrate Philadelphia’s slogan, “the city of brotherly love,” and installed for the United States Bicentennial in 1976.

A great place to shoot videos and photos, Love Park is the site of numerous impromptu events, arts and cultural festivals and a well-attended Christmas village.