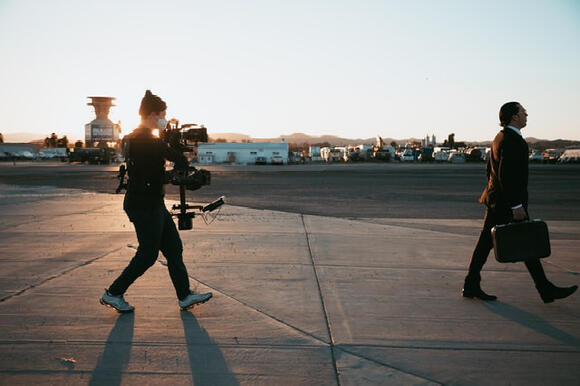 Hollywood has come knocking on Hopewell's door once more. The motion picture Tapawingo, directed by Dylan K. Narang and starring Billy Zane, Kim Matula, Amanda Bearse and Blake Clark, will film on location in Hopewell in summer 2021. The movie tells the story of a misfit teenager and her oddball bodyguard.

In a statement Governor Ralph Northam said, “Virginia extends a warm welcome to the cast and crew of Tapawingo. The film industry contributes an immediate, powerful economic impact and the opportunity to share the beauty of our Commonwealth with a far-reaching audience. Virginia offers a unique palette for filmmakers.”

Virginia has already benefited from a $120 million boost to the state’s economy thanks to the movie industry. State Secretary of Commerce and Trade Brian Ball says that “Virginia’s film, television, and new media industry has been a growing source of economic development for the Commonwealth, with three major recent projects—Dopesick, The Walking Dead: World Beyond, and Swagger. This industry continues to create high-paying jobs and generate instant revenue for Virginia businesses large and small.”

Virginia offers a generous film tax credit to production companies based on the number of local jobs created and goods and services purchased while on location in the state.

Hopewell Mayor Patience Bennet added that “This will be the eighth production filmed in Hopewell over the past six years. The continued use of Hopewell by the film and television industry reflects the welcoming and supportive attitudes of our staff and the citizens. We are excited by the positive influence, increased economic impact, and recognition this has provided our community, and we always welcome the influx of revenue from such a production spending time and money in our city.”