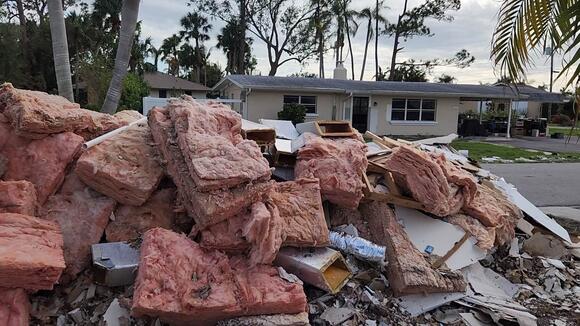 FORT MYERS, FLORIDA - Residents of the Forest Island Park neighborhood in Fort Myers, Florida are frustrated with how long it is taking the county to remove the piles of debris lining the streets of their neighborhoods from Hurricane Ian. One local resident reports “it has been 8-weeks since Hurricane Ian…the air is toxic” from all the piles of trash sitting along the sides of the road. To the point that even some of their pets are becoming ill, they say, likely connected to the piles of moldy, rotting debris. Neighbors in the area report that they have had one trash clean-up following Hurricane Ian, and that was back on October 18th, over a month. Hurricane Ian made landfall on September 28, 2022.

Much of the debris comes following approvals from insurance companies to gut several of the homes in the neighborhood after the area was inundated by a five-foot storm surge. The debris is made up of drywall, insulation, and materials that were never able to fully dry out following the storm surge inundation which is now covered in mold and beginning to smell, which is not healthy to breathe in.

According to the Lee County - Hurricane Ian Debris Removal site, which is where Fort Myers and Forest Island Park neighborhood is located, there are 138 specialized debris trucks working to collect 75,000 to 100,000 cubic yards of debris daily. The last update on the site shows as of November 4, 2022, 47 days since landfall, crews have removed over 3 million cubic yards of debris which equates to around 91,000 cubic yards per day which would fill 468 football fields 3 feet deep. In the maps below from the live Lee County Debris removal map that was last updated on November 24, 2022, at 10 AM, you will find the full area of responsibility for the clean-up crews and the legend for the maps in the first image. In the second image, you will see a close-up of the Forest Island Neighborhood. 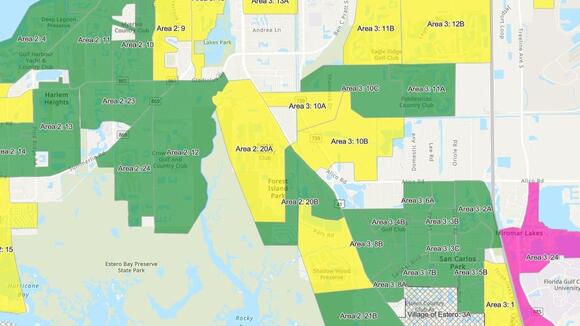 From the images, you can see the entire region is at least in phase 1/first pass in progress [yellow color] with a few locations even having that first pass completed [green color]. On the far right of the image, you see a handful of regions in phases 3 and 4. These areas were not as badly impacted by the storm or storm surge, so their clean-up efforts were able to be completed quicker.

In an effort to get a better idea of when the Forest Island Park Neighborhood might be getting their second pickup, several neighbors reported they reached out to the Lee County Commissioner with their concerns back on November 14, 2022. According to the neighbors, the Commissioner stated they would be put at the top of the list. They have yet to receive another pick-up almost two weeks later.

The neighbors of the Forecast Island Park Neighborhood would like more action. The stench of the rotting, moldy piles of debris is getting unbearable and the bugs these piles of rotting debris are luring in are growing every day.

Stillwater Police are asking for the public's help searching for George Musser, who went missing on December 24th

Stillwater Police Department have confirmed they have found the body of George Musser. The Stillwater Police Department is asking for the public's help in searching for George Musser, who went missing on Saturday, December 24, 2022. George was last seen at Brian's Bar in downtown Stillwater, Minnesota, around 2:10 AM. George was last seen wearing a stocking cap and a dark gray flannel shirt.