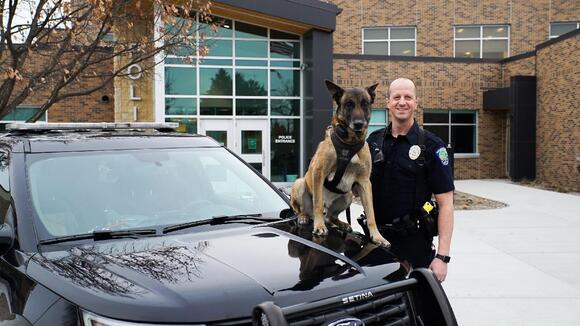 It is with great sadness that we report that the Eagan Police Department announced on their Facebook this afternoon that their retired K9 Officer Badger died unexpectedly last night, Monday, November 21, 2022. The Eagan Police Department said that K9 Officer Badger joined their department in 2012 and was paired with Officer and handler Andy Helgerson. Officer Helgerson and Badger worked together until 2021, which was when Badger retired from the force.

According to the Eagan Police Department, Badger had a “fantastic career” and was a vital part of the team when it came to "tracking and finding numerous bad guys on the streets." K9 Officer Badger was also a favorite in the community when it came to performing public demonstrations. The Eagan Police Department said K9 Officer Badger was known for finding a friend in the crowd and leaning hard into them for all the pets he could possibly get.

From all of us at Limitless Production Group LLC, we would like to thank you for your service, K9 Officer Badger. May you rest in peace. We would also like to pass on our condolences to the Eagan Police Department and the Helgerson family for their unexpected loss. He wasn’t only a member of the force, he was family.