Update in the officer-involved shooting in Rockton, Illinois 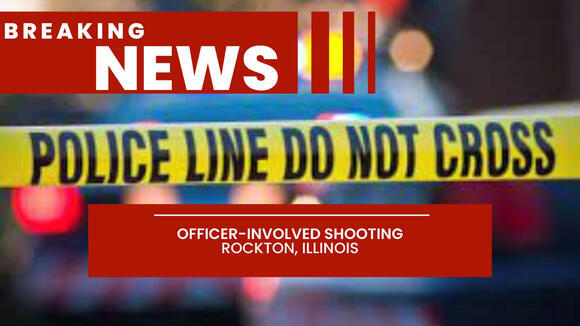 According to the press release, around 7:40 PM on November 17th, Rockton Police Sergent Ben Heintz was in the area of the Walmart in Roscoe, Illinois, when he was flagged down by a citizen outside the business. The customer reported that there was a robbery that had occurred in the parking lot. Sergeant Heintz located the suspect and the suspect’s vehicle in the Walmart parking lot.

The vehicle then fled from the Walmart parking lot, going east on Rockton Rd and eventually south on IL 251, which was when a high-speed pursuit began. Sergeant Heintz received back-up in the pursuit by the Winnebago County Sheriff’s Office and the Roscoe Police Department southbound on 251, where speeds reached over 100 MPH. The suspect vehicle took a turn onto Forest Hills Rd and later crashed into a garage at 11203 Dorothea Ave in Machesney Park, Illinois. After the crash, Levitski fled on foot before officers caught up to him and tazed him. Both Austin K Levitski and Melody Gackstatter were both arrested and taken into custody following the crash.

According to the press release, Levitski was reported to have a gunshot injury to the arm and was transported to the Javon Bea MercyHealth Hospital. He is reported to be in fair condition at this time.

Austin K Levitski has three active warrants for theft from the Rockton Police Department and an IDOC warrant out of Wisconsin, according to the press release.