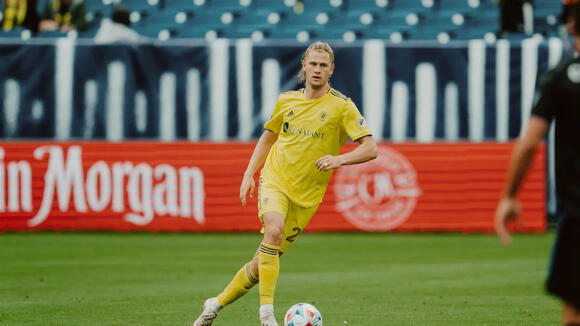 The 2021 CONCACAF Nations League champion will face Costa Rica in a match scheduled to kick off at 6 p.m. CT on ESPN2 and UniMás in Rio Tinto Stadium, Sandy, Utah.

Zimmerman, 28, was the 2020 Major League Soccer Defender of the Year and earned a place in the MLS’ Best XI. He also made 13 caps and scored two goals with the USMNT.

National Team Manager Gregg Berhalter called up the former Furman Paladin after fellow center back Matt Miazga departed the camp ahead of his upcoming wedding. This match will also not feature both goalkeeper Zack Steffen of Manchester City and fullback Bryan Reynolds of AS Roma. Both were sidelined because of injuries.

Zimmerman has recently played the full 90 minutes in six of the last seven matches he has appeared with the USMNT. The center-back already posted six clean sheets in his National Team Career, three of them during the 2019 CONCACAF Gold Cup. Yet, he missed the 2021 CONCACAF Nations League Final, which USMNT dramatically won in extra time against Mexico.

He will face Nashville SC teammate and Costa Rican international Randall Leal. Leal has been competing with the Ticos since May 29 in the inaugural CONCACAF Nations League, which they finished fourth after losing consecutive penalty shootouts against Mexico and Honduras.