Everything you need to know about ADHD inattentive 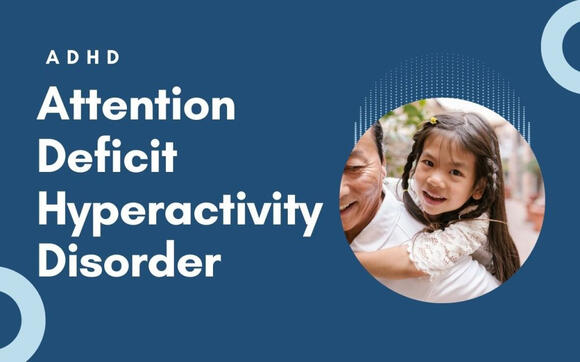 People with ADHD, known as inattentive ADHD, struggle to pay attention to minor details, are easily distracted, often struggle to organize or complete work, and frequently neglect everyday responsibilities like paying bills on time or returning phone calls. Even though there is no known cure for the illness, it is possible to treat the symptoms effectively using behavioral treatments and medicines.

ADHD is a neuropsychiatric illness that makes it difficult to pay attention, regulate impulsivity, take action before completely thinking things through, or manage excitable behavior such as wriggling, fidgeting, or hyperactivity. It also makes it difficult to focus on a single task for an extended period without being distracted. As a result, the condition makes day-to-day activities more difficult, lowering the quality of life.

According to the criteria established by the American Psychiatric Association, there are three distinct forms of ADHD. These include:

Although its origins remain mysterious, ADHD tends to run in families. ADHD seems to have both heritable and environmental components. Predominantly inattentive ADHD is often diagnosed in children and adolescents. In elementary and middle school, they probably received a lot of detentions for being easily sidetracked and for submitting half-done assignments.

However, the illness may have gone undetected until adolescence or adulthood since children with this type of ADHD are often not hyperactive. Women and girls with inattentive ADHD are particularly affected by this. For example, girls with the condition may be more reserved and discreet than their typically-developing peers. In some instances, an ADHD diagnosis in a female adult may not occur until she has a child with the disorder. However, they may now find parallels in their behavioral patterns and decide to get treatment.

No medical or genetic test can diagnose the primarily ADHD inattentive form. Instead, a thorough analysis of symptoms is required to arrive at a diagnosis of ADHD. Evaluation of the individual may be performed by a certified mental health expert, typically a medical doctor, a psychiatrist, a neurologist, or a clinical psychologist.

The assessment is broken down into the following three stages:

Technically speaking, to get a diagnosis of ADHD inattentive type, an adult must be 17 years or older and show all of the following symptoms:

Five or more of the signs of distraction are listed in the symptoms section; these signs may come and go.

Is ADHD inattentive a disability?

Most adults who suffer from the primarily inattentive type of ADHD are likely to succeed with the same prescription medications used to treat ADHD in children. On the other hand, early in the treatment process, the drug amount and frequency may need to be altered. Therefore, it is essential to accommodate the requirements of the individual with ADHD with the medication’s properties. Stimulants, non-stimulants, and antidepressants are all examples of typical classes of drugs to treat ADHD.

Before turning to medication as a therapy for children with ADHD who are under six years old, the American Academy of Pediatrics suggests that parents first get instruction on how to manage their children’s behaviors effectively. The suggestions include medication and behavior treatment, parent training in behavior management for children up to 12, and additional behavior therapy and exercise for teenagers. These recommendations are made for children who are six years old or older. Additionally, schools may be included in the therapeutic plan. The AAP also recommends including behavioral classroom intervention and school assistance in the list of suggestions.

A good treatment plan will involve careful monitoring to determine whether or not the therapy is helping the child’s behavior, if it is, how much it is satisfying, and the ability to make adjustments as necessary along the way.

The following types of mental health conditions may be treated by VARDS’ virtual certified psychiatrists and therapists 24 hours a day, seven days a week. This includes both regular and emergency psychiatric treatment. All VARDS Psychiatrists, Tele-psychiatrist providers, mental health nurse practitioners, counselors, and therapists must be licensed and certified by the medical board in their respective states. Therefore, patients in the United States who need pre-scheduled and urgent treatment may count on them to get it without complaint.

The services offered by VARDS may be accessed via various mediums, including email, video conferencing, phone calls, and text messaging. The benefits are not only reasonably priced but may also be paid for by your health insurance provider, including Regence, Tri-care, UBH-Optum, Cigna, Aetna, and Premera.

A Comprehensive Guide to Anxiety Disorders (2022)

Anxiety disorders are one of the most common psychological illnesses. They can be overwhelming and disruptive, affecting our ability to carry out everyday tasks. Symptoms can vary from person to person but may include panic attacks, breathing difficulties, lightheadedness, headaches, stomach aches, brain fog, and numbness. If you are experiencing any of these symptoms, it is essential to consult with a clinical psychologist for diagnosis and treatment.

Impact of ADHD on the life of an individual

When a youngster hasADHD, it may have far-reaching consequences. The effects extend beyond the kid to the parents and siblings, wreaking havoc on the family unit and the couple’s ability to be happily married. In addition, various symptoms of ADH) tend to be more noticeable at different ages.

Some ADHD Signs & Symptoms for Women

It may seem obvious to other people, but for women with ADHD, it's not. Women may experience the symptoms of ADHD differently than men. That's why we've compiled a list of 10 things every woman with ADHD should know about their condition. These few symptoms can be confusing when you first hear them and may still be difficult to believe after researching them thoroughly.

The Most Effective Online ADHD Treatments for Adults

The Most Effective Online ADHD Treatments for Adults. If you have trouble focusing on tasks or staying focused throughout the day, you may have attention deficit hyperactivity disorder (ADHD). Although ADHD is most often diagnosed in children, it can also affect adults.

OCD can be a debilitating mental disorder, but many people suffer without realizing it. However, if you find yourself constantly seeking reassurance, resisting change, or spending too much time on tasks, you may show signs of OCD. In this blog post, we'll explore 8 warning signs of OCD so you can be on the lookout for them in your own life.

An Overview of Obsessive-Compulsive Disorder (OCD)

Obsessive-Compulsive Disorder, or OCD, is a mental condition that leads people to have persistent, unwelcome thoughts (also known as obsessions) and to engage in repetitive activities (also known as compulsions) to regulate or alleviate their distress. OCD may be incapacitating, making it difficult for those suffering from it to function in their daily lives. However, therapy can help most people with OCD find relief from their symptoms.

Attention Deficit Hyperactivity Disorder or ADHD is a neurological condition that distorts a person’s ability to focus, sit still, and exercise behavioral control. This condition affects youngsters and adolescents and may persist until maturity. Attention deficit hyperactivity disorder (ADHD) is children’s most prevalent mental condition. The situation is more common in males than in females.

5 Warning Signs of Adult ADHD When Not Taking Your MedsBlogepreneur. What is Attention Deficit Hyperactivity Disorder (ADHD) If you find yourself frequently forgetting deadlines, zoning out during conversations, or feeling overwhelmed by simple tasks, you might be experiencing symptoms of adult ADHD. Though it’s often thought of as a childhood condition, adult ADHD is a natural and severe disorder that can cause significant problems in your life if left untreated.

Difference between behavioral health and mental healthVARDS. The term “behavioral health” refers to how our day-to-day cognitive habits influence our behavior, emotions, biology, and general well-being. It is often taken for mental health. Still, in reality, it is a much broader concept that encompasses thestate of our mental well-beingand how our ideas manifest themselves in the physical world. Participating in activities that will assist you in achieving a psychological and physical equilibrium will contribute to good behavioral health.

The Future of Content Marketing Is HereLimns Marketing. Content marketing has been around for years now. And while there are many different types of content, one thing remains constant:

Therapy Techniques for Anger ManagementLiving hope psychiatry. The term “anger management” refers to an ongoing procedure. It assists individuals in recognizing the sources of their stress. In anger management, people are taught methods that will help them remain calm. They may then respond constructively and positively when confronted with uncomfortable circumstances.

Psychologists vs Psychiatrists – Who are They?

Best Things You Need To Know About Mental Health

Best Things You Need To Know About Mental HealthBlogepreneur. The one thing we don’t discuss enough our health is mental health. Of course, everyone’s mental health is different, making us individually. But, who doesn’t want to be in a good mental state? It’s not only about how you feel, but how well you live.

Introduction to Clinical Laboratory ScienceAEON GLOBAL HEALTH. Clinical labs are specialized healthcare facilities that provide various laboratory tests and treatments to assist medical practitioners in diagnosing, treating, and managing their patients. These labs are staffed by clinical laboratory scientists or medical technologists who have received the appropriate education to carry out a variety of diagnostic procedures using samples of biological material obtained from patients.

Impact of COVID-19 on Your Mental Health

The Impact of Coronavirus on your mental healthLiving hope psychiatry. The COVID-19 outbreak has significantly altered everyday life’s social and economic structures. It affected the general population’s mental health, as seen by heightened anxiety levels, stress, and sadness. The epidemic has caused significant alterations in society and the economy in everyday life.

Is oversleeping a mental disorder?

Is oversleeping a symptom of mental health issues?VARDS. Insomnia is more common in people who suffer from depression than in those who do not. However, when it comes to persistent depression looks to be a lot more common. People who suffer from ordinary depression can enjoy an upsurge in their mood following a positive occurrence in their life. However, while their mood may improve, this is only a temporary improvement, and the grief they feel remains.

Post-Traumatic Stress Disorders (PTSD)Post-Traumatic Stress Disorders (PTSD) PTSD is a severe brain disorder with long-term consequences for the sufferer. PTSD affects people of all ages and backgrounds, affecting approximately one in every five adults in the United States. Unfortunately, obtaining assistance for someone (or yourself) who has been through this can be difficult.

Generalized Anxiety Disorder, often known as GAD, is characterized by abnormally high levels of concern and anxiety that are disproportionate to one’s ordinary life circumstances. Individuals with generalized anxiety disorder tend to always think about what could go wrong and can’t stop worrying about their health, finances, families, jobs, or schools.

Stress Management: How Physical Activity Can Help You

As a result of being treated for cardiovascular disease, you must deal with various additional stresses on top of your existing ones. A variety of causes, including dealing with more regular doctor's appointments, becoming used to new treatments, and adapting to further lifestyle adjustments, may contribute to feelings of stress and worry.