Follow for business, political, and economic news impacting your community.

Remembering Vincent Chin: How one Detroit man's death sparked a powerful movement within the AAPI community

Vincent Chin was killed in 1982 simply because he was an Asian American. While his personal story is tragic, his death sparked a massive movement within the AAPI community that forever changed the legal system in the United States. 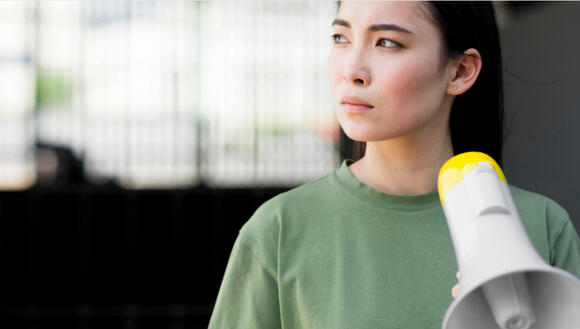 Asian Americans have been the victims of discrimination and violence throughout history. Sadly, this anti-Asian sentiment lives on in cities and towns throughout the United States to this day.

From the tragic shootings in Atlanta in 2021 that claimed the lives of four Asian American women to more discrete forms of "normalized racism" experienced in the form of stares and racist comments, Asian Americans have to endure life with an impending sense of fear -- simply because of their Asian history.

Since May is Asian American Pacific Islander (AAPI) Heritage Month, it is only appropriate to recognize and honor people like Vincent Chin who were forced to give their lives simply because of their Asian heritage.

Vincent Chin was a 27-year-old Chinese American man who lived in Detroit. In 1982 he was beaten to death by two white men in a nightclub while celebrating his bachelor party with friends.

One of the two perpetrators, Micheal Nitz, had recently been laid off from his job as an autoworker. The second perpetrator, Ronald Ebens, was Nitz's stepfather, a supervisor at the Chrysler plant in Detroit.

When the two men saw Chin in the nightclub, they assumed he was Japanese, even though he was of Chinese descent. The two perpetrators began yelling at Chin, calling him racial slurs, and accusing him of sabotaging the American auto industry.

As the confrontation escalated, the two men began beating Chin with a baseball bat and did not stop until he was unconscious. Chin was taken to the local hospital and died four days later from his injuries. His funeral took place on the same day he was to be married.

Both Nitz and Edens were arrested for the crime. They were initially charged with second-degree murder but later got the charges dropped down to manslaughter and served three years probation.

Neither of the men served any prison time for the crime.

This led to a public outcry within the AAPI community. As a result of the way the American justice system handled Chin's case, several lawyers along with AAPI community leaders formed the activist group American Citizens for Justice.

This group successfully appealed Chin's case to the federal government, which was significant as it was the first federal civil rights trial involving an Asian American in US history.

Following the trial, Ebens was found guilty of violating Chin's civil rights and sentenced to 25 years in prison. However, an appeals court later reversed the conviction due to a legal error. This outcome was traumatizing and disturbing for many members of the AAPI community.

However, thankfully Chin's legacy did not end there.

Due to the apparent failings of the American justice system in Chin's case, a massive movement was created. Dozens of organizations were formed to push for reform, and many lawyers started to fight for change within the legal system.

Eventually, because of the political movement born out of Chin's lack of justice, manslaughter sentencing was changed in Michigan, and victims' families are now allowed to give victim impact statements during sentencing. In addition, prosecutors are now required to be present at sentencing hearings.

While Chin's death made a substantive impact on the legal system, we still have a long way to go as a nation in protecting the rights of the AAPI community.

Follow for business, political, and economic news impacting your community.

An up-and-coming Alabama restaurant chain is opening another new location this month, and residents couldn't be happier. Alabama is quickly becoming a hot spot for new restaurants, and the latest restaurant to open its doors is SUPER CHIX.

An award-winning restaurant in Massachusetts just announced that it would be shut down after 15 years in business. While it's always sad to see a beloved restaurant close its doors, the truth is that these things happen all the time. In today's competitive landscape, businesses must constantly innovate and adapt to survive.

A popular restaurant in Hawaii is shutting down after serving the community for over 16 years due to rising food prices. Restaurant closures have become all too common in recent months, and today is no different. Dean's Drive Inn, a popular eatery in Hawaii, is shutting its doors after 16 years of business.

Popular Minnesota restaurant closing at the end of June

A popular family-owned restaurant in Ohio closed its doors for good this week because the owner could not find enough workers to keep the eatery in business. With so many restaurants struggling to stay afloat during the pandemic, it's not surprising to hear that yet another one is closing its doors. The Wellington Grille in Beavercreek, Ohio, has closed its doors after 22 years in business.

Amazon recently revealed that they are working on a program powered by artificial intelligence that would allow Alexa to mimic the voice of deceased loved ones so that users can continue to have "communication experiences" with those they've lost.

Pennsylvania farm and garden store shutting down after 47 years

A popular Pennsylvania farm and garden supply store will be closing its doors for good at the end of June. On Thursday, June 30th, MF Supko Farm & Garden Supply in Osceola Mills will close its doors for the last time.

When this Missouri nurse's favorite breakfast cafe closed, she decided to open her restaurant. In a world where there is plenty of negative news to report, today, we're bringing you a positive story that we hope will leave you feeling inspired and uplifted.

One of the oldest restaurants in Texas closed its doors for good this month, leaving many locals who frequented the eatery feeling surprised and disappointed. The Hallmark Restaurant has been a staple of the Killeen community for the last forty years. However, despite being one of the oldest restaurants in the area and a favorite spot for local patrons, the popular eatery abruptly closed down the business last week.

A popular restaurant group responsible for many successful eateries throughout the country is opening a new location in Oregon this weekend. There's nothing like the feeling of excitement when a new restaurant opens in town. The anticipation of trying something new, the buzz of excitement in the air, and the chance to be one of the first people to experience it – it's all part of the fun.

This weekend, Chicago will be hosting its annual Pride in the Park festival and parade. It's that time of year again when Chicago comes together to celebrate Pride Month and the city's LGBTA community.

Another popular Indiana restaurant has closed its doors for good, citing hiring challenges and supply chain issues as the main culprits for shutting down the business. As the economy continues to wreak havoc on the restaurant industry, another popular eatery has bid farewell to Indiana diners.

A popular Texas pizza restaurant was just closed after a health inspector found animal feces in food that was to be served to customers. It can be hard to keep rodents, bugs, and other critters at bay when operating a restaurant. However, customers expect that when they purchase food from an eatery, the restaurant has taken all necessary steps to comply with health code regulations.

Highly anticipated "designer" restaurant to open in Ohio this July

There's always something exciting going on in Ohio, and the opening of a new restaurant is definitely cause for celebration. It's always exciting when a new restaurant opens in town, especially when it comes with such an impressive resume.

A major airline just announced that it would be canceling flights to at least four US cities for the indeterminant future. Many airlines have had to cancel flights recently for various reasons. Unfortunately, American Airlines is no exception.

The Seymour Pride event is a family-friendly way to support the LGBTA+ community. The outdoor event is free for all to attend. Since 1969, the LGBTQ+ community and its allies have come together during June to celebrate Pride.