Kisha Walker is a published Author, Writer, Poet, Ghostwriter, and has been an Activist against Police Brutality for the past 16 years. Kisha has also contributed to society by engaging in civic communal activities such as supporting the Political processes of American Democracy. With respect for the integrity of journalism, Kisha will report on happenings within NYC, as well as nationwide news that may have relevance to the community. Kisha has added an interactive True Crime to segment called "Justice Update", where we will take a look at previous cases and research the progress made in the case, and YOU the Reader can decide by simply commenting "Served" or "Not", below in the comments. Hope you join in! 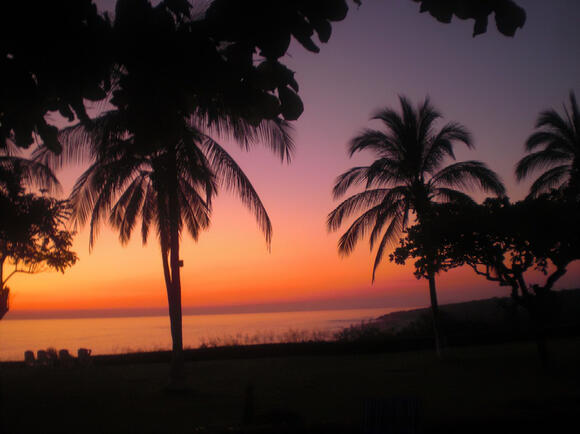 Authorities have reported Thursday, the discovery of four dismembered human male bodies in the Caribbean resort of Playa del Carmen, known to be a troubled establishment. The bodies of the four men were dumped near a housing development. The prosecutor's office in the state of Quintana Roo have said, the male bodies did not show signs of bullet wounds, it's unclear how the men died. However, the fact that the bodies were dumped together in the shrubs beside an access road suggested a gangland-style killing, Authorities reported.

Playa del Carmen has experienced several instances of deadly violence within the past months, most recently in January 2022. An investigation revealed two Canadian tourists were killed at a local resort. Allegedly, the deaths were subsequent to debts between international drug and weapons trafficking gangs. It's unclear if any arrested have been made in the case.

The Washington Post has reported, In November 2021, a shootout on the beach of Puerto Morelos, just north of Playa del Carmen, left two suspected drug dealers dead. Authorities said some 15 gunmen were from a gang that allegedly disputed control of drug sales there. It is not clear if any arrest have been made in the case.

In late October 2021, farther south in the popular, laid-back destination of Tulum, Authorities say, two tourists, one a California travel blogger born in India and the other German, were caught in the apparent crossfire of rival drug dealers and killed.

Also reported on Thursday 2022, prosecutors in the north-central state of Guanajuato, known as Mexico’s most violent state, said seven bodies had been found burned in the bed of a pickup truck. The truck was found on the side of the road near the city of Celaya, and another body was found nearby, The Washington Post has reported.

Kisha Walker is a published Author, Writer, Poet, Ghostwriter, and has been an Activist against Police Brutality for the past 16 years. Kisha has also contributed to society by engaging in civic communal activities such as supporting the Political processes of American Democracy. With respect for the integrity of journalism, Kisha will report on happenings within NYC, as well as nationwide news that may have relevance to the community. Kisha has added an interactive True Crime to segment called "Justice Update", where we will take a look at previous cases and research the progress made in the case, and YOU the Reader can decide by simply commenting "Served" or "Not", below in the comments. Hope you join in!

LOS ANGELES, California - On Friday, April 22, 2022, a 28-Year-old man, who was part a California child exploitation ring, was sentenced to life in prison for sexually abusing more than 20 children. Members filmed themselves in the sexual act with the victims and then, distributed the footage on the dark web, prosecutors said, per Wionews.com and APNews.com.

Canarsie Shooting Leaves One Brother Indicted and Charged for Attempted Murder, The Other Brother Pleads for His Freedom

CANARSIE, Brooklyn - The aftermath of an argument between two brothers in their family home in Canarsie, Brooklyn, on Tuesday, April 12, 2022, around 8:20 p.m., has created what appears to be an irrevocable circumstance that neither brother wants.

Pregnant Girlfriend Beaten for Hours, Boyfriend Sentenced to Life in Prison for Attempted Feticide and Other Charges

* Information reported by MSN.com was used as a source for this report *. A vehemently violent relationship had reached its pinnacle leaving the victim desperately fleeing for her life and the life of her unborn child.

FOREST HILL, Queens - David Bonola, 44, was taken into custody and charged with murder, criminal tampering and criminal possession of a weapon over the brutal weekend slaying of Queens mom Orsolya Gaal, the NYPD confirmed early Thursday. Multiple sources told the NY Post that Bonola was the handyman thought to have been Gaal's ex-lover, and that he gave a full confession after his arrest.

CHILAPA de Alvarez - Six severed heads were discovered on Thursday, March 31,2022, on the top of a car along the side of the busy road in Mexico with a dire warning message that others might receive the same fate, the latest gruesome discovery in a country riven by gang-related violence, the Washington Examiner reports.

EAST NEW YORK, Brooklyn - The Daily Beast reports, while speaking to detectives after her March arrest for allegedly killing and dismembering a friend, 83-year-old Harvey Marcelin made a disturbing joke nearly as gross as the crime of which she’s been accused. “You have to be careful about Chinese food because you never know what you’re going to be eating,” Marcelin said to a detective. “You may be eating the victim.” The Daily Beast reported. Marcelin made the remarks while discussing various types of cuisine in New York, though it’s unclear how the topic even came up in her discussions with law enforcement. The disturbing joke was revealed in a document prosecutors turned over to the defense Wednesday.

NEW BOSTON, Texas - A concerned neighbor's request for a welfare check on Tuesday, March, 29, 2022, over their concern for their neighbor's son at the east Texas home of 67-Year-Old David McMichael, has led Authorities to human skeletal remains found casually in his kitchen; and the arrest of the Texas Man, Police said in a press release the NYPost.com reports.

*Information reported by ABC7NewsChicago , Aljazeera News and The U.S. Sun News has been used as a source for this report*. An American Mother of four from Chicago was among at least 20 people killed and her teen sister is in critical condition, along with others wounded in a mass shooting at a cock fight in the town of Las Tinajas in Michoacan state. Authorities have said this incident has been one of the deadliest attacks in recent years, ABC7News reports.

*Information reported by Qns.com and LICpost.com has been used as a source for this report*. A 57-year-old homeless man from lower Manhattan, who was arrested last month on Sunday, February 27, 2022, for the 'savage' hammer attack on a woman at the Queens Plaza subway station in Long Island City, which occurred on Thursday night, February 24, 2022, has been indicted by a Queens grand jury on attempted murder, and other charges.

*Information reported by US NEWS.COM and Reuters.com has been used as a source for this report. *. Uber has developed a strategy that has allowed them to forge a partnership that will prove to be financially conducive for New York City's taxi cab drivers, as well as extending service availability to their passengers. The days that are long gone still hold the memory of a once unconceivable partnership between Uber and New York City Taxi cabs combining resources, especially when both entities were in a ferocious fight for the same customers. The city has for years been a battleground between Uber and yellow cab drivers, who have long opposed Uber for diminishing their earnings, Reuters reports.

NEW YORK, New York - Frank Abrokwa, 37, the man accused of smearing human feces on an unexpecting subway rider in February 2022 and allegedly spitting at a Jewish man has been arrested and police say is now back behind bars.

NEW YORK, New York - New York City's youngest students have joined the freedom that upper-level students now enjoy, the freedom from wearing face masks in school. The celebratory news came to light today, Tuesday, March 22,2022 when Mayor Eric Adams announced the decision in the midst of his concern over a new variant of COVID-19 which is signaling to be the cause of a slight incline in cases.

KENOSHA, Wisconsin - The Kenosha Unified School District released redacted surveillance footage Friday March 18, 2022, that shows off-duty Kenosha Police Officer Shawn Guetschow trying to break up a childhood fight between two adolescent girls during their lunchtime break at the Lincoln Middle School before he tussles with the child and subsequently applies a brief chokehold restraint on her. Guetschow then kneels on the young girl's neck while handcuffing her on March 4, 2022.

*Information reported by ABC7NY has been used as a source for this report. ABC7NY has reported the autopsy results in the Brooklyn dismemberment case of Susan Leyden 68, at the hands of accused serial killer 83-Year-Old Harvey Marcelin have successfully revealed the cause of death. The New York City Medical Examiner's report states, Susan Leyden's cause of death is of ' Homicidal violence, including blunt force trauma to the head.'

"I Need A Lawyer, I Did Nothing Wrong!": 83-Year-Old Suspected Killer Maintains Innocence in Gruesome Dismemberment Case

*Information reported by the Brooklyn Paper and FOX 5 NEWS have been used as a source for this report. Harvey Marcelin, 83, who identifies as transgender, proclaims her innocence against the murder charges brought against her in the dismemberment case of Susan Leyden, 68, who she is accused of killing earlier this month. To the account of the Brooklyn Paper and members of the press who were present at the time Marcelin was led away by detectives out of the 75th precinct stationhouse, to the Brooklyn Criminal Court for her arraignment exclaimed, " I Need a Lawyer, I did nothing wrong! ".

NEW YORK - NYPD Chief of Detectives James Essig said Tuesday, March 15, 2022, " The suspect has been taken into custody, and we are waiting extradition and the arrest warrants to bring him back to New York where he will be charge. "

* Information reported by The Hill was used as a source for this report. Uber Technologies Inc. announced on Friday, March 11, 2022, US customers, excluding New York City, will have to pay a fuel surcharge starting Wednesday, March 16, 2022, as the ride-hailing firm tries to address concerns of drivers and couriers hit by record-high gasoline prices.

Police Investigation- (inset) Serial Killer-Harvey Marceline, 83usanewlab,com. *Information reported by Usanewlab.com was used as a source for this report. An 83-year-old serial killer has been arrested and is being held without bail on Riker's Island after police allegedly witnessed the suspect on surveillance camera footage dumping the dismembered torso of her ex-girlfriend, which was found in a trash bag placed in a shopping cart on the corner of Pennsylvania and Atlantic Avenues, in East New York, Brooklyn. Days later, a human leg severed at the knee was found a few blocks away from the suspects apartment building in Cypress Hills, Brooklyn.

CYPRESS HILLS, Brooklyn - Harvey Marceline, 83, who was found with a human head in his home at the time he was apprehended has been charged with concealment of a human corpse, in connection with the mysterious finding of a dismembered human female torso on Pennsylvania and Atlantic Avenues in Cypress Hills, Brooklyn on March 3,2022. The dismembered body part was found in a garbage bag placed inside of a two wheeled shopping cart on the corner of said location. Police investigators searching through surveillance camera footage discovered the person who left the cart at the location. Sources say, a woman who was later identified, located, and questioned, relinquished the identity of the suspect. The woman who was asked to discard the shopping cart which was left at the location just a short time before its discovery; seemed to be unaware of what she was asked to discard. However, it was made clear that the victim, the suspect, and the woman all knew each other. The identity of the 68-year-old victim has not been identified.