Could the next Mega Millions winner be from Forsyth County?

The reason for this sudden surge in state-sanctioned gambling? The Mega Millions top prize, which catapulted to $1.02 billion after no ticket matched all six numbers drawn on Tuesday night. Something about the jackpot crossing the billion-dollar mark seems to make people want to try their luck. 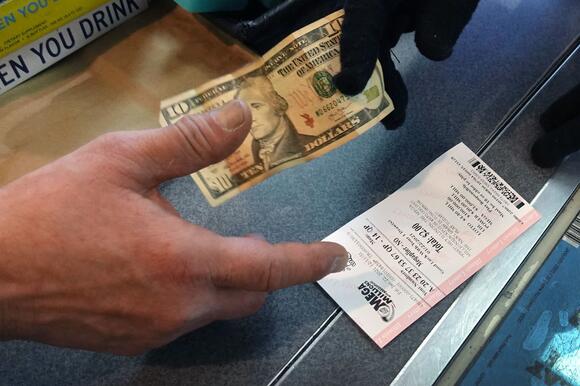 Local gas stations are seeing a big increase in sales of Mega Millions tickets, which each cost $2.(Photo/Getty Images)

Mega Millions is a multi-state lottery with drawings each Tuesday and Friday at 11:00 pm Eastern time. It advertises nine levels of prizes that ticket holders begin winning by matching the “Mega Ball” number. The payout grows with each number matched. A winning ticket for this Friday’s jackpot must exactly match the Mega Ball and five more numbers that will be drawn. 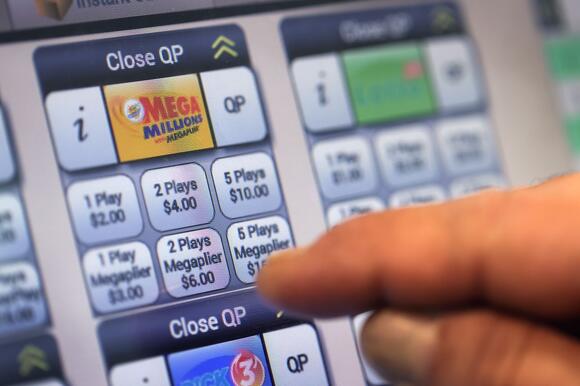 Could a Forsyth County resident be the next big winner? Maybe, but it’s not likely. Experts estimate that the chance of a single ticket striking it rich is only 1 in 302.5 million.

If a ticket does win the big prize, the winner won’t become an instant billionaire. Many lottery winners opt for a lump-sum cash payment - this Friday's drawing would be worth $602.5 million. If the winner chooses the full prize amount, it is instead paid as an annuity in 30 installments over 29 years. Plus, the prize money will be taxed as income, making the government the only party sure to get a share.

If you still want to give it a try, make sure you fill out the information on the back of the ticket and sign it in case it gets lost. If you do wind up with a few lucky numbers, you can collect Mega Millions prizes up to $600 from any retailer that sells Mega Millions tickets by bringing your ticket to the store.

What would you do if you won the lottery? Comment below or email us at kbondwriter@gmail.com to let us know!

Want to work for Forsyth County? A new media campaign aims to show why residents should want to

(FORSYTH COUNTY, GA) If it seems like every shop has a “help wanted” sign in the window these days, it’s not your imagination. Nationally, unemployment is low at around 3.6%. In Georgia, the unemployment rate is even lower than the national average at only 3.0%. While these numbers are a positive for workers trying to improve their bargaining position with employers, the low unemployment rates combined with other complications in the economy and the effects of the COVID-19 pandemic have led to worker shortages in some areas.

(FORSYTH COUNTY, GA) One of Forsyth County’s popular parks is getting a kid-friendly update. Midway Park, located at 5100 Post Road adjacent to the Midway Family Festival shopping center, will soon debut a new playground and picnic pavilion next to the community building.

Get ready for a day of free, fun events at parks throughout Forsyth County

(FORSYTH COUNTY, GA) The “largest spa in North America” is one step closer to becoming a reality in Forsyth County. At the Forsyth County Planning Commission’s most recent meeting on June 28th, planning members unanimously recommended that Passport Springs & Spa be approved.

(FORSYTH COUNTY, GA) Looking for a free summertime event that’s “out of this world?”. The Sharon Forks Library branch of the Forsyth County Public Library system will have actual moon rocks available for patrons to examine at the “Oceans on the Moon?!” program on Tuesday, June 28 at 6:30 pm.

(FORSYTH COUNTY, GA) The Girl Scout Gold Award is the most prestigious award that a Girl Scout can receive, earned by fewer than 6% of Girls Scouts each year. Clara Hamilton, a rising senior at Forsyth Central High School, recently joined this elite group after completing the new Forsyth County History Walk at the Sawnee Mountain Preserve Visitor Center.

Higher Forsyth County property tax assessment? Find out why it's gone up, plus get tax tips

(FORSYTH COUNTY, GA) As anyone looking at real estate recently knows, home prices have been on the rise. In Forsyth County, the average home price increased 21.62% in the past year.

(FORSYTH COUNTY, GA) The splash pad at the Old Atlanta Road recreation center re-opened on June 21, just in time to help families beat another heat wave. It had been closed since June 6 when a faulty pump put the popular summer spot out of commission.

(FORSYTH COUNTY, GA) Another new development for Georgia’s fastest-growing county was recently announced. Winners Circle Park is a 62-acre sports campus planned to open in south Forsyth County in spring 2023. Located near the Peachtree Parkway and Brookwood Road intersection in the southern part of the county, Winners Circle could bring more than 500 new jobs to the area and an estimated 750,000 visitors each year.

(FORSYTH COUNTY, GA) Now that school is out, many Forsyth County children are enjoying the newfound freedom and laid-back schedule that come with sunny summer days. While the parks and playgrounds are packed, there’s one slide parents want their kids to avoid - the “summer slide.”

(FORSYTH COUNTY, GA) Few people can understand what families fleeing Ukraine are going through better than Vasily Lantukh. Thirty-two years ago, Vasily fled from Ukraine, which was still then part of the Soviet Union, to the United States. All he could bring with him was his family—four children and his pregnant wife, Marya.

Forsyth County moms help each other during baby formula shortage

(Forsyth County, GA) Over the past two years, Forsyth County residents have had to deal with inconvenient shortages and purchase limits due to the COVID-19 pandemic and other supply chain challenges. But arguably nothing has been as stressful for parents as the current baby formula shortage.

(Forsyth County, GA) Forsyth County residents are getting a new look at the proposed mega spa to be built at exit 13 off Georgia 400. On May 17, team members representing Passport Experiences and County officials held a public participation meeting at the Old Atlanta Road Recreation Center about the Passport Springs & Spa project. Advertised as the largest spa in North America, the project will be developed on Ronald Reagan Boulevard adjacent to The Collection.

(Forsyth County, GA) Do you have questions about the new Passport Springs and Spa project? If so, you have a chance to ask them in person at a public participation meeting on Tuesday, May 17 at 7 p.m. The meeting will be at Old Atlanta Recreation Center at 810 Nichols Road in Suwanee, across from Lambert High School.

(Forsyth County, GA) With the opening of the new Alimera Sciences headquarters in Halcyon, Forsyth County has become the home of a global pharmaceutical company. Alimera leadership team representatives and local leaders celebrated the new facility with a ribbon-cutting ceremony on May 9 Located in the 1200 office building next to Town Square, Alimera’s space now has a fresh, contemporary appeal as innovative as the company itself.

For some Forsyth County families, hybrid schools offer the best of both worlds

(Forsyth County, GA) On a sunny day that feels more like summer than early May, Dr. Melissa Shipman is smiling outside the building that will soon become the new home of Learnwell, a hybrid school serving the Forsyth County area. The school, which began in 2017, started as a way to support homeschooling families virtually with teaching tips and curriculum ideas. But in 2021, Dr. Shipman and her family took a leap of faith and opened a physical location at the Bluegrass Village office park.

(Forsyth County, GA) With the last day of school just around the corner, Forsyth County kids are hearing the siren song of summertime. However, along with those cherished weeks of freedom come childcare challenges for some families and struggles with boredom for others. Fortunately, there is no shortage of summer camp options in Forsyth County. These camps offer many different opportunities for summertime learning, enrichment, social interaction, and – most importantly – lots of fun. Here’s our rundown of some of the top options that still have openings this summer: