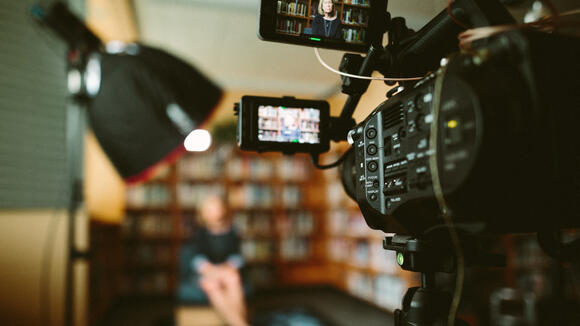 The film festival features a film competition and screenings along with workshops and special events for filmmakers. WCTE-PBS Downtown Film Festival will present an unforgettable cinematic experience by illuminating the historic downtown buildings with submitted films from the competition at night.

Senior filmmakers and speakers from various aspects of film production will share their experiences during the talkback session and workshops. Chris Gantry and Patrick Sheehan will discuss the production process of documentary films. Demetria Kalodimos and LaTonya Turner, renowned news anchors, journalists, and reporters, will share and discuss their journalistic works and documentaries.

Becky Magura, president and CEO of WCTE PBS, will speak about her 37 years of TV production and engagement experiences. The film festival will cover other topics, including using tools to enhance storytelling, scouting the location, developing a futuristic feature film, and user interface designer.

WCTE-PBS Downtown Film Festival held a film competition in various categories, including the Young Filmmaker Award for filmmakers ages 14-19; Best Short Film Documentary for 15-39 minutes film duration; Best Mini Documentary for under 15 Minutes film duration; Tennessee Filmmaker Award for the movie directed, produced, scripted by Tennessean, or filmed in Tennessee; The Stanger Award for Best Unfinished Work to honor the best in unfinished documentary work. The winners will get access to public media through the WCTE channels and receive honors during the festival.

Visitors can join the WCTE-PBS Downtown Film Festival and get tickets here. The film festival offers general admission for $22, a single VIP pass for $75, and the couple VIP package for $125.

Outdoor activities to try near Wildwood Resort in Granville