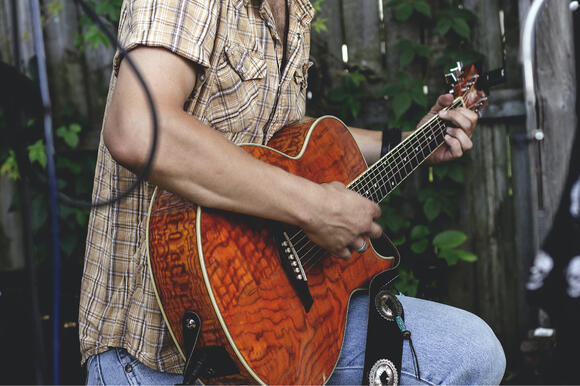 Brandon Wilson/Unsplash
NASHVILLE, TN — Country music lovers can enjoy the performance of Grammy winner, Brad Paisley, and other amazing talents for free at Let Freedom Sing! Music City event in Nashville on July 4. The Independence Day event will display the biggest fireworks show with the pyrotechnics which will feature in live music performance.

The 49-year singer is also an active songwriter who has written 21 out of 24 no. 1 hits. He's also involved in setting up a grocery store with his wife for a community in need in Nashville.

Lilly Hiatt's new album, Walking Proof, is a perfect combination of multiple genres, such as country and rock and roll. This album also features her father for the first time.

Priscilla Block is one of the new talents who emerged from TikTok, well-known for combining southern rock and country-pop. Interestingly, her fans funded her record after she gained popularity with singles like "Just About Over You" and "Thick Thighs".

Regi Wooten is another household name with an international reputation. His musical talent is known across all genres, from rock and roll and country, to pop and funk.

Around 40 percent of the Nashvile population is expected to receive full COVID-19 vaccination by July 4, the Metro Nashville Public Health Department predicted. Meanwhile, all visitors must wear a mask when indoor and face-covering is recommended outdoor if social distancing is impossible.

NASHVILLE, TN - Motlow State Community College's Moore County Campus will offer an ACT Prep program for current high school students from Sep. 13 to Oct. 11. This course aims to prepare high school students for the four components of the ACT Assessment: English, math, reading, and science. It will be addressing test-taking methods, pacing, utilizing logic, and evaluating answers, among other things. Students will focus on areas, strategies, and abilities that need improvement before taking the ACT.