Bronx Residents Angry at New York's 'Tent City': They Feel Like Prisoners in Their Neighborhoods! 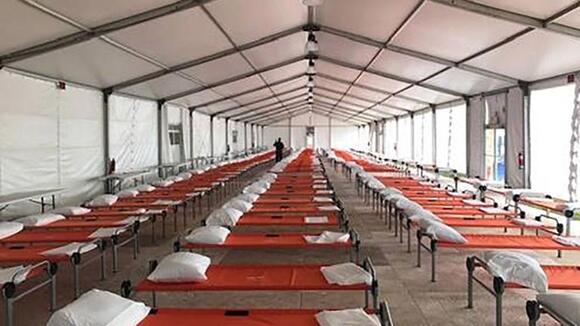 As the buses of migrants keep arriving in the big apple, the city has been forced to think outside the box to find suitable housing.

This birthed the idea of a ‘tent city’.

The residents along the southern borders are not the only ones crying foul. The residents of the Bronx NY neighborhood are loudly proclaiming that they too feel like prisoners in their own neighborhoods.

They are okay with helping future citizens of the United States, but some say this is not the way. The citizens are not against immigration and house a desire to help, they just want migrants to go through due process and come to the new world the proper way. And they believe that illegal migration is NOT the way to go.

Bronx resident Kristy Marmorato joined “Fox & Friends First” to discuss her safety concerns about how the migrant influx is impacting her neighborhood and Adams’ handling of the surge.

Tent city camp which will be a processing center is expected to be able to accommodate 1,000 people when it is complete. Migrants will be allowed to stay there for several days before being allowed to enter the city’s shelters.

Since April, Texas Gov. Greg Abbott has been sending migrants to New York, Washington and Chicago. Reportedly some 10,000 migrants have been housed in New York from Texas. Gov, Abbott hopes to bring attention to the ongoing migration at the southern borders.

Recently two more busloads of migrants arrived in the big apple and the migrants just keep on coming. New York may soon be busting at the seams.

“He’s doing nothing for the city, unfortunately, and it’s kind of scary,” Marmorato said of Mayor Adams. “It’s scary. The crime rates are going up. Unemployment, especially in the Bronx, is twice the national level, he isn’t doing nothing for us, our community.”

“I do not feel safe,” Marmorato said. “I actually go to the park often, at least twice a week. I take my child to the play park over there. This tent is being erected about a quarter of a mile away from where the play park is, where there’s a bunch of children.”

“We’re not going to be able to do that,” she continued. “I am going to feel like a prisoner in my own home.”

What are your thoughts on the growing migrant problem? Now the residents in the neighborhood surrounding ‘tent city’ have begun voicing their displeasure.

What would you do in their shoes?