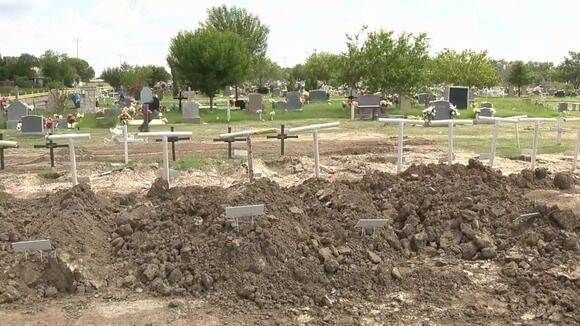 As reported by Fox News, at the Webb County Medical Examiner’s Office in Laredo Texas lies a number of dead migrants. The small morgue, located along the southern border, has recently become one of the busiest. With each new day, there are more often nameless bodies being brought in. The staff says they are overwhelmed.

More than 300 migrant bodies have already been processed so far this year. And to date, more than 3,000 migrants have lost their lives attempting to make the most treacherous journey in their quest to reach the American shores.

Dr. Corrine Stern, Chief Medical Examiner with more than 20 years of experience under her belt, calls it a crisis. She is currently in charge of nearly one dozen morgues and she says she has no more room in the coolers to accept another dead body.

She and her staff have recently begun refusing bodies.

Now, when fresh bodies are brought in, they are fingerprinted, processed, and then carted off to one of the makeshift cemeteries popping up all along the southern borders. The graves are marked with simple PVC crosses in no man’s land. The migrants who have paid the ultimate price are being laid to rest with no loved ones in attendance, and hopefully a simple prayer to guide them into the afterlife.

News of the hardships and constant deaths does not seem to quell the tides, instead, the promise of making it to America continues to lure the hopeful onward.

And, each day brings more deaths as the crossing continues to surge.

According to the chief medical examiner, all these deaths were preventable. And she had another message for migrants, do not believe the cayotes, they do not care if you make it, all they care about is making their money.

Be wise and stay safe.