Most Dangerous Prisons In The US: Leavenworth Federal Penitentiary 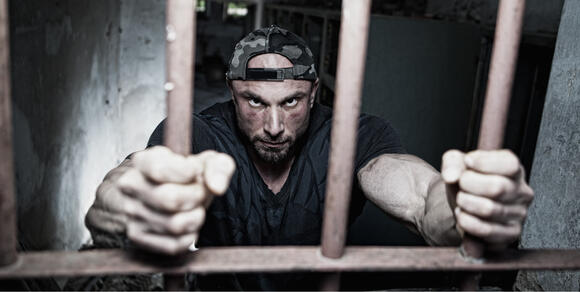 In the United States, there are over 1,833 state prisons, 117 federal prisons, and over 3,134 local jails. The State of Kansas is the fifth most dangerous state, there are over 7.05 crimes per 1,000 residents in Kansas State.

Leavenworth Federal Penitentiary is located in Leavenworth, Kansas. Leavenworth federal penitentiary is an all-male prison facility that has been used for keeping the most dangerous and violent criminals in the country. This facility is being run by the Federal Bureau of prisons, a division in the United States Department of Justice.

USP Leavenworth is a civilian facility that houses over 1,705 male inmates. Most people complicate this facility with the United States Disciplinary Barracks (USDB) which is a maximum-security facility for the Military.

Background of this Facility:

Leavenworth is one of the oldest facilities between three major prisons in Leavenworth County, Kansas. The prisons in this facility were used to build civilian penitentiaries.

Even though Leavenworth is now a medium-sized security prison, it was one of the maximum-security federal prisons from 1903 to 2005.

The Design of the Prison:

Leavenworth prison facility is the first generation federal prison built-in 1913. Before this prison was constructed, the federal prisons were to be held in the state prisons. When Congress passed the law of federal prisoners being held in federals prisons.

The prison’s cellblock is rectangular shaped which is an idea taken from the Auburn correctional facility in New York.

Programs for the inmates in the USP Leavenworth:

Following are the programs inmates are thought of in the USP Leavenworth.

Other important facts you need to know about USP Leavenworth:

I hope this article helps you learn about the most dangerous prison in the United States. If you like this article, let us know in the comment section your opinions or experience about this prison.