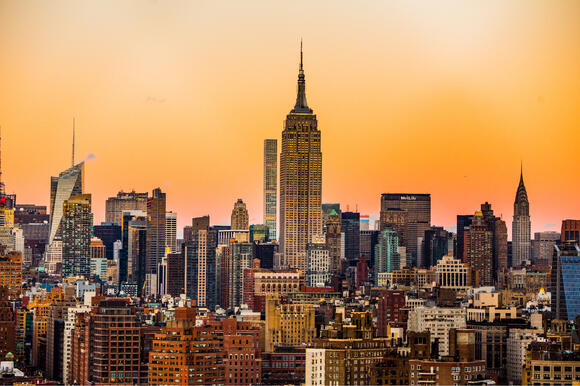 There are pros and cons to living in every state. What matters most for most people is whether they see benefits outweighing the drawbacks. For example, new York's four distinct seasons can be a plus for some who love climates with four different seasons. On the other hand, a second individual may decide to move out of the state because the winters are too cold and dreary.

So what would you expect in this famous state? Here are a few of the best experiences you will have when in New York:

Those who enjoy live entertainment, art, and culture find New York State one of the best places to live. Almost no other states offer such various skills and cultural experiences as the New York City area does. In addition, in the past, immigrants have used New York State to enter this country, settle there, and bring their culture with them. So it is likely that New York is the city for you if you like constant discovery.

The FBI reports that New York State has a lower overall crime rate than most other states. Yes, you read that right. People who remember the old days when NYC's crime was so bad they created a bad name for the entire state probably find that shocking. Nevertheless, things have changed. Compared to the national average, New York City's property crime rate is lower. For the most recent available statistics, the rape and murder rates are lower than the national average even though the violent crime rate is high. Several New York State cities with high crime rates are also in the top ten safest cities in the country. Overall, you're safer from crime here than almost anywhere else.

Now that you know what's best in New York, let us have a look at the worst things to expect in this magnificent state:

Citizens of New York state face a significantly higher tax burden than most other states of the US. The Tax Foundation came to those conclusions. According to all organizations that keep track of this, New York is usually one of the most taxed states. New York generally achieves the most significant tax bite in the country. Some people are disturbed by this, while others are not as bothered. You are likely to have a better situation in New York since tax rates are also progressive compared to other states.

New York State has overall more inferior healthcare quality than the rest of the country. This information comes from the US Health and Human Services Agency for Healthcare Research and Quality. Several hospitals, clinics, and other facilities are rated differently in all states; this was just an overall rating. Although this may not matter to young, healthy people looking to move to NYC for a high-paying job, it may be of concern to older individuals within the age bracket of 60.

Here are more of this state for you: Fun Facts about New York state: