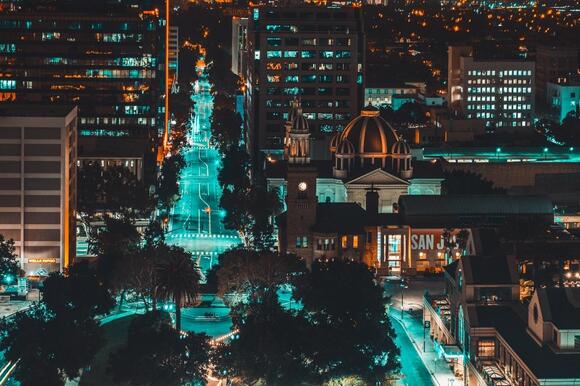 Photo by Mo on Unsplash

If you want to visit a destination that has museums of technology and science in 2021, the best idea is for San Jose in California.

If you are interested in museums of science and technology, they will be a real attraction for San Jose in 2021. Also, there are beautiful and romantic places that you can visit with your beautiful half.

The Municipal Rose Garden is a historic garden named the Best American Rose Garden. If you came to town with a boyfriend or girlfriend, the best place for romantic walks is this rose garden which has almost 200 varieties of roses.

If you are a fan of Egyptian culture, the perfect attraction for you in San Jose in 2021 is the Rosicrucian Egyptian Museum, where you can find the most diverse artifacts of ancient Egypt.

If you decide to go with children to San Jose in 2021 the best place for your children is the Children’s Discovery Museum. In it, children learn a lot about science and technology through play and learn new things through interactive exhibits.

If you want to maintain physical fitness during your trip to San Jose, a great place to do so is the Los Gatos Creek Trail. There you have a bike and hiking trail that stretches from Santa Clara County to San Jose. Besides, you can exercise along the Los Gatos stream.

This villa is named after the owner Sarah Winchester. It is very mysterious, so if you like the paranormal, it can be an exciting visit to this amazing attraction.

If you are a hockey fan, it would be a shame not to visit this center and not to attend hockey matches. It used to be called the San Jose Arena, and today it is the SAP Center.

This park is interesting for its old mines that you can see from a distance. Besides, you can be physically active here.

If you like to visit old architectural works, visit the Cathedral Basilica of St. Joseph because it was built in a beautiful style.

If you like music, visit this art center where concerts and live music performances are performed.

This is another museum of science and technology. It is located next to Plaza de Cesar Chavez. This is a very interesting museum because you will participate in experimental laboratories and design challenges around the museum.

If you want to have the perfect accommodation while in San Jose these are the best and most comfortable places Hayes Mansion San Jose, Curio Collection by Hilton, San Jose Marriott, Double Tree by Hilton Hotel San Jose, and you can choose another place.

If you want to relax and enjoy food, the best places in San Jose are Santana Row County, which has almost 80 shops and almost 30 restaurants, and the Willow Glen neighborhood is great because it has a large number of shops and restaurants where you can enjoy.