I cover Clay County in North Florida. I write about what matters to you in Orange Park, Green Cove Springs, Penny Farms, Keystone Heights, Fleming Island, etc. Got a hot tip? Tell me about it! 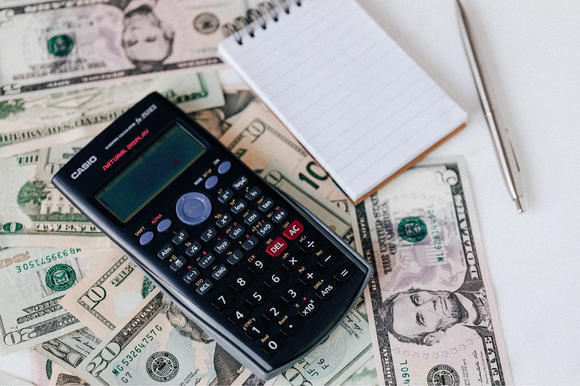 The business tax ordinance was not on the agenda Tuesday night. However, Commissioner Kristen Burke brought it up in her closing statements.

Earlier this month, Burke favored moving forward with the tax, but she said after research, lost sleep, and speaking to citizens, she’s changed her mind.

Following her comments, the board voted 3-2 to get rid of the planned business tax ordinance. Commissioners Betsy Condon and Mike Cella were in the majority, along with Burke.

If passed, businesses would’ve been on the hook for $40 a year, which could never be increased. The draft ordinance was set to be brought to the board in June.

Burke said she’d received “numerous” phone calls and emails from citizens who disagree with the tax.

She also mentioned lack of enforcement as a reason for concern. “Yes, I truly want to know what the businesses are in our county; however, if there’s no enforcement of knowing if the people are actually going to come and do this, then what good is it going to do for us.”

Another reason she’s pushing back is that the tax was tied to public safety.

I cover Clay County in North Florida. I write about what matters to you in Orange Park, Green Cove Springs, Penny Farms, Keystone Heights, Fleming Island, etc. Got a hot tip? Tell me about it!

Clay County homeowners could see an estimated 4 percent increase in property taxes for services provided by the county. According to the property appraiser, the taxable value for an “average single-family residential property with an existing homestead exemption” has gone up 4 percent for 2022 compared to 2021. Four percent is equivalent to an extra $51.61 on your tax bill. Included in this dollar amount are county services, fire control services, law enforcement services, and a tax on services for those who live in unincorporated areas.

New Dunkin’ is coming to Middleburg

A new Dunkin’, formerly Dunkin’ Donuts, is set to be built in Middleburg. The coffee and donut shop will be located at 2587 Blanding Blvd in Clay County. The Clay County Board of County Commissioners unanimously approved future land use and rezoning changes for the location at the most recent meeting Tuesday night.

Screenshot of 7/19 Orange Park Town Council meeting. The Orange Park Town Council was supposed to appoint someone to Seat 1 Tuesday night, July 19. The members that were present postponed the appointment until the next meeting scheduled for August 2, because Mayor Randy Anderson was not in attendance. According to councilman Alan Watt, the mayor is “really sick.” He asked that everyone keep Anderson “in your prayers.”

Clay County District Schools has updated a policy that allows parents to report material they deem as obscene in a school library. The school board took emergency action to adopt the policy that also changes how reading, library and instructional materials are selected. The board did this to comply with the language in HB 1467 that Governor Ron DeSantis signed in March.

Three candidates have applied for the open seat on the Orange Park Town Council. Doug Benefield, Frank Ricketts, and Winnette Sandlin submitted their names by the July 8 deadline.

Clay County Veterans’ Services will open at a new location next week. The office will be closed Thursday, July 14, and Friday, July 15, to prepare for the move. They will reopen at the new location Monday, July 18.

The tradition of laying a wreath on a veteran’s grave during the holiday season began 30 years ago at one cemetery. And for the first time this year, the annual Wreaths Across America event arrives in Orange Park at Magnolia Cemetery.

The four-member Orange Park Town Council took less than 20 minutes at Tuesday night’s meeting to discuss how and when the next member of the panel would be appointed. Just last month,Eddie Henley resigned from Seat 1 and the vice mayor position. Henley cited racism as the reason for his resignation. He said he received intimidation and hate emails after he spoke out about being passed over for mayor in May. Henley would’ve made history as the first Black mayor of Orange Park. Randy Anderson was reelected.

The Food Pantry of Green Cove Springs has served nearly twice as many families this year than in 2021. “It is absolutely unreal,” says Wynema Lovell, director of the pantry since 1992.

Supervisor of Elections Chris Chambless spoke at last Tuesday’s Board of County Commissioners meeting about election signs, among other things. The primary is scheduled for Aug. 23. Early voting starts 10 days before the election.

Health officials in Clay County have issued another warning about harmful blue-green algae toxins in the water. The alert is for Swimming Pen Creek-Whitey’s Fish Camp. The Florida Department of Environmental Protection is responsible for taking water samples. The sample that alerted them to the problem was taken on June 9.

Clay County to hold hearings on money for housing repairs, other projects

Clay County is looking for public input on the proposed Community Development Block Grant annual action plan for the 2022-2023 fiscal year. The county expects to spend more than $1 million in four main areas.

The ARPA Housing Improvement Program can help up to nine Orange Park residents by providing money for home repairs and other projects. Residents canapply for the program here on the town’s website or you can pick up a paper application at Town Hall.

In Clay County, nearly 30 percent of those surveyed said they did not have access to public transportation. Most of those residents live in Orange Park, in the 32073 – Zip code.