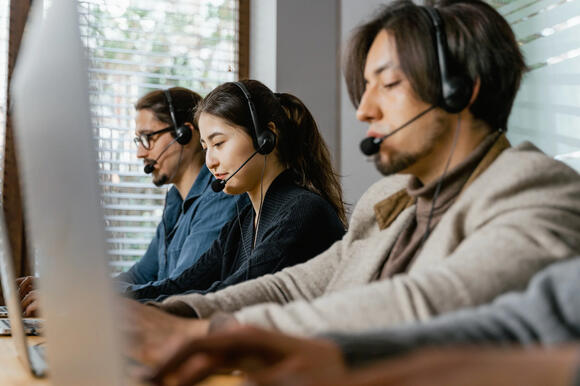 A Silicon Valley company is causing a stir with its allegedly “racist software.”

When you call a tech hotline, you may usually hear an accent that Silicon Valley’s Sanas wants to change or eliminate by employing artificial intelligence.

CEO Marty Massih Sarim said the goal is to shift the conversation from how they talk, to what they say. As the software claims, it has collected more than $30 million in venture capital to make phoning into a call center easier and more seamless.

The fallout has been immediate. Critics accuse the software of being racist since it substitutes rich dialects and cultures for a more “white-sounding” tone. A claim that the CEO of the business vehemently refutes.

Don Heider, CEO of the Markkula Ethics Center, stated that the software instead of teaching people that it doesn’t matter whether someone has an accent, it effectively reinforces the stereotype that everyone should speak a specific way. “And not only should we all speak English, but we should all speak midwestern English.”

That’s just untrue, according to Sarim, who built and worked in contact centers.

He remarked that the claims that say they’re attempting to make them sound white are not true. Explaining he’s not white and neither are his company’s founders and 87 percent of their workforce. He says the software and its capabilities work in many different nations and cultures.

The goal, according to Sarim, is to assist call center employees in keeping their employment and aid businesses in generating more revenue more quickly.

Supporters of the software say they don’t want to use call center conversations to teach people about their culture, how they pronounce things, and how they respond to things. They say they need to get the business done, and the phone calls need to be as brief as possible.

Sarim says they designed this for the call center agents, for their mental health, for them to be able to be on an equal playing field, for them to do their job, be allowed to do their job the proper way, and to turn the focus away from how they talk, to what they say.