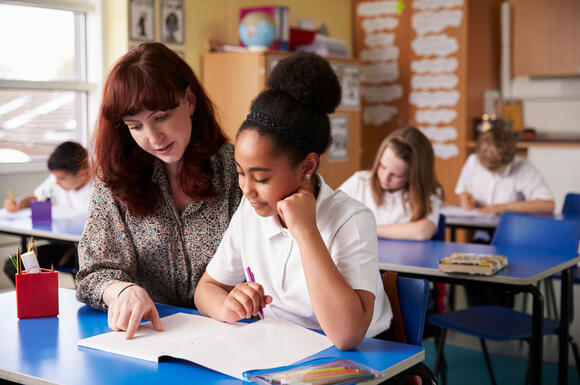 Rashunda Pitts filed a case in Los Angeles Superior Court on Wednesday, alleging that the defendants infringed upon the rights of her plaintiff daughter, who is named in the suit only as S.W.

The lawsuit also alleges negligence and demands specific damages. It states that S.W. now has to deal with a lot of stress and other consequences when she thinks about the cotton harvesting endeavor.

The lawsuit claims that S.W., who is now 14 years old, attended school in Hollywood in the autumn of 2017, and initially she would always eagerly discuss her day with Pitts, but as the semester progressed, her daughter grew moodier and blamed her moodiness on being exhausted.

But soon after that, according to the lawsuit, Pitts was dropping off her kid at school when she noticed a cotton field on the grounds.

She phoned the front office to talk with the principal about the cotton field because she was perplexed as to why a cotton field would be sprouting in Hollywood, let alone on public school property, according to the lawsuit.

After some time, Pitts approached Assistant Principal Brian Wisniewski, who, according to the lawsuit, “enthusiastically” informed her that the students in S.W.’s class were reading the autobiography of Frederick Douglass and that picking cotton was one of the experiences that he wrote about in the autobiography.

According to the lawsuit, Wisniewski added that the cotton field was created so that the children could really pick cotton and feel what it was like to be a slave.

According to the lawsuit, Ms. Pitts expressed her disappointment and hurt in regard to the culturally “insensitive and incompetent project,” completely incensed with the idea that the school would have her daughter and other children pick cotton as a school exercise to identify with the real-life experience of African-American slaves.

Later, according to the suit, Pitts’ daughter confided in her that while she was not obligated to participate, she was made to watch other children pick cotton by their social justice instructor in order to learn what it was like to be a slave.

S.W. had a perfect grade-point average and was first apprehensive to talk about the project out of concern for teachers' backlash, according to the lawsuit.

The lawsuit claims that no school authorities asked parents for permission for their children to engage in the cotton picking initiative and that parents were not informed of the proposal prior to its execution.

According to the lawsuit, the LAUSD then issued a statement in which it expressed remorse that an “instructional activity” at the school was perceived as being culturally inappropriate.

According to the lawsuit, the statement explained that when school officials learned of a parent’s concern regarding the cotton plant, they swiftly responded by removing the plant.

The LAUSD’s comment, according to the lawsuit, is an admission that the district understood Pitts and the kids’ explanation of the Cotton Picking Project at the school was biased.

LAUSD said on Friday the district does not comment on pending or ongoing lawsuits.