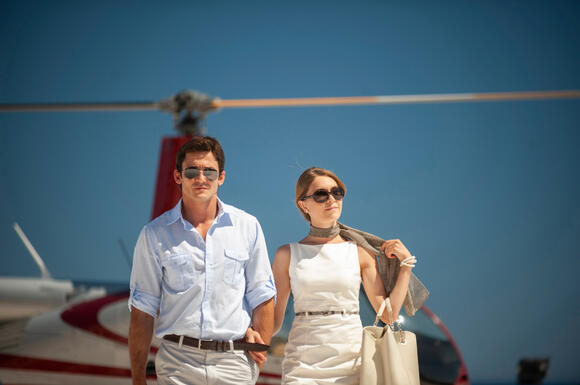 According to information from the Internal Revenue Service, between 2019 and 2020, the number of persons reported on a tax return in San Francisco decreased by 39,202, or 4.5 percent.

Data from tax returns that were received between 2019 and mid-July 2021 were used by the agency to make the reports. The biggest population decline in the nation, according to separate Census statistics, occurred in San Francisco between July 2020 and 2021, at 6.3 percent.

By the time they submitted their 2020 tax forms, persons who had left the city had earned a total of nearly $10.6 billion, compared to $3.8 billion for those who had moved there; a nearly $6.9 billion net loss. According to the IRS, the net loss for the prior year was negative as well, although it was considerably less at $2.6 billion.

However, fewer city dwellers imply less business for neighborhood stores, which directly caused the drop in sales tax collection from $165 million in 2019 to $88 million in 2020. Sales tax income is not anticipated to return to pre-2020 levels until the fiscal year beginning in July 2025, according to city authorities.

According to Egan, San Francisco’s sales tax performance is so much worse than the rest of the state, it’s just another indication that the population has significantly decreased.

If everyone returned after the last two years, it might have been a one-time blip, according to Egan.

Fewer inhabitants, especially those employed in the tech sector, also result in a slower pace of new business creation, which would result in less tax income in the future.

These are entrepreneurs, and according to Egan, the San Francisco tech cluster would be weakened if they chose not to stay in the city.

During the same time period, net migration out of the other eight Bay Area counties was higher, but none was as high as San Francisco. The number of tax filers fell by 2.1 percent in San Mateo and Santa Clara counties and by 1.4 percent in Alameda.

The population of tax filers decreased by less than 1% in the other five counties. In contrast to San Francisco, the per capita average income in Napa, Marin, and Sonoma counties increased, reflecting a real estate boom that caused property values to soar, especially in the more suburban and rural areas of the Bay Area.

San Francisco residents who relocated beyond the Bay Area most frequently went to Los Angeles County and San Diego County, both of which are located in California. A net of 2,163 persons migrated to each of these counties.

With a net 1,031 ex-San Franciscans coming, King County in Washington state, which includes the tech capital of Seattle, was the third most popular overall destination and the most popular out of state.

The next most popular locations were Travis County, Texas, which is home to Austin (740 individuals), and Sacramento County (1,011 people).

More than 500 net migrants from San Francisco were registered in Denver County in Colorado and Portland’s Multnomah County in Oregon.

Some former Bay Area and San Franciscan residents said they didn’t feel comfortable staying in the city after 2020 sapped its vitality, while others experienced difficulties in the home-buying process.