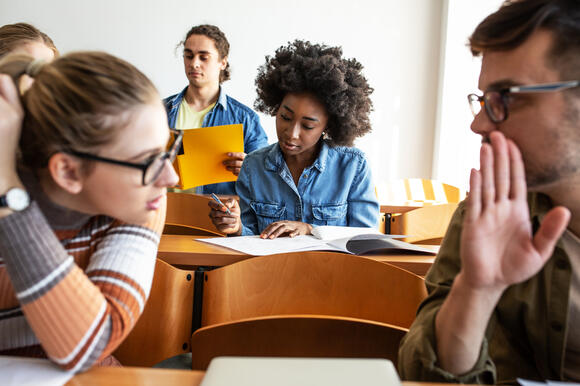 In a rare course of action, a California professor has sued several of his students in federal court for something that would surprise and scare students everywhere:

Cheating on a test.

Some of David Berkovitz’s students, a business law professor at Chapman University in California, violated his copyright by posting his midterm and final exams online on a website called Course Hero.

The students received midterm exams last April and final exams a month later, according to Berkovitz. He learned sections of both exams had been released on the internet around eight months later. He sought and acquired copyright status for both tests in late February.

Berkovitz’s lawyer, Mark E. Hankin, is attempting to get a subpoena for the website in order to identify the five students who were involved.

According to Hankin, regardless of the moral and ethical issues, the real worry is that these students are harming their peers. He pointed out that many institutionally given scholarships are tied to a certain GPA.

Berkovitz intends to provide the names of the responsible students to the university for potential disciplinary penalties if the lawsuit is successful.

Sean Michael Morris, Course Hero’s vice president of academics, said the platform’s answer is always in conformity with the law, so if a subpoena is produced, they will assist the involved parties with their investigation.

However, the university encourages all professors to solve students’ issues by using internal processes.

According to Chapman's honor code, academic dishonesty is penalized by a student's instructor or administrator and referral to the school's Academic Integrity Committee, which may impose extra sanctions up to expulsion.

Is the professor following the proper procedure? What would be the best way to deal with the students? Let us know your opinion in the comments.