California voters will decide if sports betting is allowed in 2022 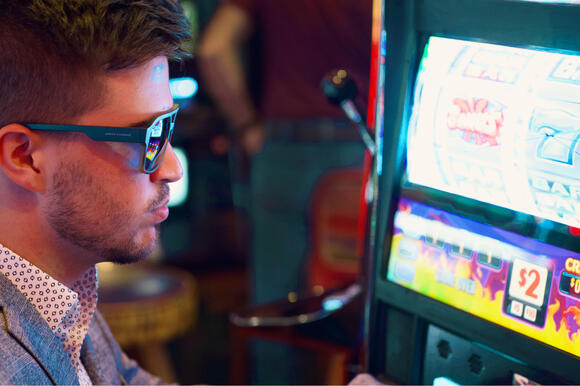 Under an initiative that qualified Thursday for the November 2022 ballot, Californians would be able to legally bet on Lakers, Dodgers, and Rams games at tribal casinos and horse-racing tracks, kicking off what is expected to be an expensive battle with excluded card clubs over who should benefit from the potential billion-dollar market.

Native American tribes wrote the constitutional amendment to enable sports betting, demonstrating their political might in 2008 when they spent $115 million to secure ratification of four ballot initiatives that protected a gaming expansion granted a year earlier.

On the other hand, card clubs that have been excluded from a portion of the sports wagering market are anticipated to spend a large amount of money to fight the new ballot issue, which they have described as an effort to control the gambling business.

Last year, the “No on the Gambling Power Grab” campaign group reported generating more than $1 million in monetary donations.

California has arrived late to the game. Betting on football, baseball, basketball, and other sports has been authorized in 26 states, including New York, New Jersey, Michigan, and Oregon, three years after the United States Supreme Court lifted legal impediments to states permitting sports betting.

It was authorized in Louisiana, Maryland, and South Dakota in November.

The stakes are particularly high in California, where voters will determine whether or not to authorize sports betting, according to Chris Grove, managing director of Eilers and Krejcik Gaming, a research company that has advised state politicians on the matter.

Grove said that California is without a doubt the greatest prize in the United States sports betting market.

Legalization could generate California $1 billion in gross yearly income without Internet betting, as proposed by the tribe initiative, and $3 billion if the state extended it to include Internet gambling, according to Grove.

Furthermore, the state is home to a number of high-profile collegiate teams, notably those at UCLA and USC.

According to the state Legislative Analyst’s Office, the proposal will result in increased costs to oversee sports betting as well as a flow of income for public coffers.

The LAO determined in a financial study of the idea that the extent of the gain in state income is unknown, but might approach the tens of millions of dollars annually.

According to authorities, the market may produce up to $500 million in tax income for the state each year.

In some places, legalization is already paying dividends.

According to Legal Sports Report, a sports betting news source, states with legal sports betting businesses reported $54 billion wagered from June 2018 to May 2021, producing $3.2 billion in income and $534 million in taxes and income sharing with government agencies.

According to the news site, Pennsylvania generated the most taxes and fees — $134 million — followed by New Jersey with $132 million and Nevada with $61 million.

In California, a group of 18 tribes submitted 1.4 million signatures in October, and the secretary of state said on Thursday that counties had verified more than 1 million required to qualify the ballot issue to modify the state Constitution.

Despite official limits on social networking intended at minimizing the spread of COVID-19 since March 2020, the petition effort was successful, thanks to a court that extended the deadline for gathering signatures to account for the interruption.

The campaign was started after the tribes successfully lobbied against state legislation last year that would have expanded sports betting to include non-tribal card clubs and state-sanctioned internet sites.

Grove believes the chances of the Legislature reaching an agreement with the numerous interested parties on a bill to enable online sports betting remain lengthy.

Sports betting would be permitted only in person at tribal gambling casinos and state-licensed racetracks by those 21 and older, according to the constitutional proposal.

Bets on professional, out-of-state college or amateur sports events would be permitted, but gambling on high school sports competitions and any sports event in which any California college team competes would be forbidden.

The bill would levy a 10% tax on gross gaming earnings from racecourse sports wagering, with the proceeds going to public safety, mental health initiatives, education, and regulatory expenditures.

Subject to talks with the governor, tribal casinos would give the state a percentage of income to at least cover regulatory expenditures.

Craps and roulette would also be permitted at Native American casinos under the proposal.

According to Justin Fanslau, a track spokesperson, a 1933 constitutional amendment legalized gambling on the live sport of horse racing, the only sports betting permitted so far.

California voters supported legalized gambling three times before: in 1984, with the establishment of a statewide lottery, and again in 1998 and 2000, with ballot initiatives legalizing tribal casino operations.

In 2008, gambling interests and others spent $154 million fighting to expand wagering at Native American casinos, the third-highest amount spent on California initiative campaigns in state history.

Four Southern California Native American tribes spent $115 million to promote state ballot propositions that safeguarded the expansion of gambling they had been allowed a year earlier.

The proposed new constitutional amendment is supported by these four tribes and 14 others.

So far, the tribal alliance has spent more than $11 million on signature gathering in order to qualify the ballot question.

In addition to the California Gaming Association’s more than 50 non-tribal card clubs, the California Coalition Against Gambling Expansion is expected to oppose the ballot issue, but the group’s board has not yet taken a stance.