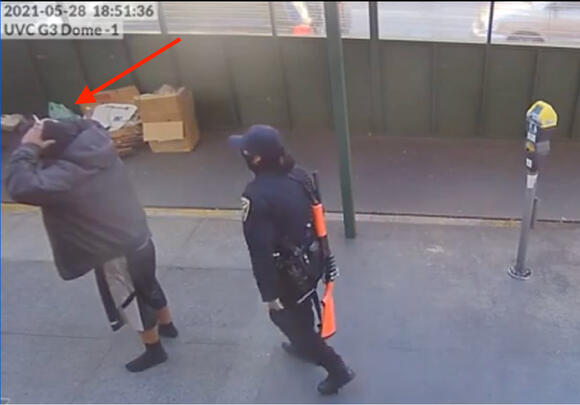 According to authorities, bystanders leaped in to assist a San Francisco police officer who was grappling with a homeless man she had stopped for questioning in Chinatown, at the intersection of Kearny and Commercial.

The incident is being examined as a potential hate crime.

An officer approached a guy on the sidewalk and told him to turn around with his hands on his head, which he did while she questioned him, according to a video uploaded on Instagram by @the_asian_dawn.

He then turned around and started hitting the officer. Four individuals ran up to the guy and yelled at him to get off the police, doing their best to get him off of the officer. Back-up policemen came soon and apprehended the suspect.

“Witnesses came to the aid of the officer who was assaulted, but we are not confirming the number nor their actions and roles at this time, of which we are greatly appreciative,” San Francisco Police Department spokesman Robert Rueca said on Sunday.

According to the account that uploaded the video, the suspect is a homeless man.

The incident started at 6:45 p.m. Friday when the officer, who police describe as being of Asian ethnicity, responded to a complaint about a man making threats in the 600 block of Kearny Street near Portsmouth Square.

Rueca verified the officer’s assault but said, “We are not confirming the suspect’s statements toward witnesses or the Asian female officer. Our investigation is looking at aspects of this assault on the officer which includes a possible hate crime and motive.”

According to authorities, the cop who was assaulted was transferred to a nearby hospital and treated for non-life-threatening injuries.

Many residents expressed gratefulness for the four good samaritans, while others expressed concerns about the homelessness situation the city experiences.

“This is how the neighborhood should come together when someone is attacked,” a person said.

“It’s good to see people jump in instead of pulling out their phones,” another one added.

Another person who was there when the incident started gave more details about it:

“I was there an hour before this and saw the cops tell him to leave Chinatown. The perp was all polite and we thought he would leave and didn’t know he was at the parklet getting more drunk and screaming racist stuff to Asian [people] walking by and threatening to hurt them. Thank goodness for cameras! My followers said he has damaged their motorcycles too.”