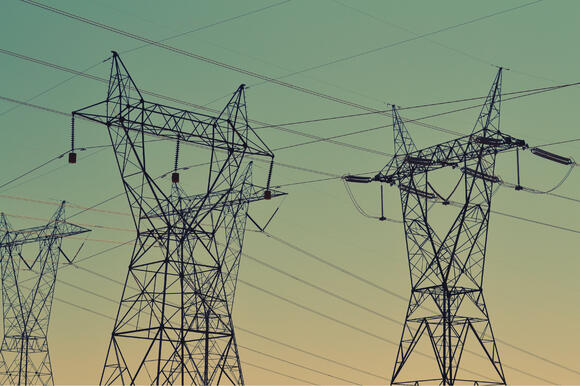 A federal judge on Thursday ordered Pacific Gas and Electric Co. to pay more attention to trees that could collapse on the power lines while the corporation attempts to stop triggering further disastrous wildfires this year.

When deciding whether to cut off electricity due to fire risk, the judge suggested that PG&E directly recognize which circuits are near dangerous trees and branches.

He also changed one of the company’s probationary terms to make it clear whether it is necessary to trim or kill trees. In addition, he ordered a court-appointed prosecutor who oversees PG&E’s operations to begin randomly checking power lines.

Alsup is in charge of PG&E’s probation as a result of the deadly 2010 San Bruno gas pipeline explosion and has taken a keen interest in the company’s culpability for incidents such as the historically destructive 2018 Camp Fire and several of the 2017 Wine Country wildfires.

PG&E was sentenced to five years of probation in the pipeline case in early 2017, but this is the last year Alsup has the authority to enforce conditions on the firm, and this spring marks his last chance to step in before fire season begins.

In one court document on Thursday, the judge cited PG&E’s horrific track record in recent years, reflecting directly on last year’s deadly Zogg Fire, which began in September when winds knocked a tree into a PG&E power line outside Redding. Four people were killed, and over 200 buildings were burned.

Alsup said that PG&E had previously “robbed its tree clearance budget” in order to “enhance the bottom line.” According to the judge, which culminated in “a power grid overgrown with hazard trees ready to strike onto PG&E’s lines during windstorms.”

He criticized the utility for failing to notice a gray pine tree “looming at a steep angle” over the power line liable for the Zogg Fire, resulting in the company leaving the power on through a windstorm “with fatal consequences.”

The judge stated that he believed that fire prevention power shut-offs, which have been highly debated, could be seen only as a last resort.

“Due to PG&E’s neglect over many years, however, our power grid remains overgrown with hazard trees poised to strike during windstorms and unleash catastrophic wildfires,” Alsup said. “So our backs remain against the wall and last resorts are necessary.”

Alsup recommended asking PG&E to note which electric lines were more likely to be destroyed by dangerous trees before determining whether to switch off power due to fire threat. If PG&E could have clear explanations why it felt there was no safety problem, the dangerous lines would have to be shut down.

After months of wrangling with the corporation, state authorities, and others, the judge eventually declined to enact his suggestions as formal criteria, instead of issuing similar iterations of them as suggestions.

Although he claimed that PG&E had wrongly supported the notion that the plans would significantly increase fire safety power shut-offs, Alsup decided to listen to state officials’ concerns.

In a different decision, the judge amended one of PG&E’s probation terms to mandate the company to follow state officials’ understanding of some vegetation control standards.

According to California fire authorities and utility regulators, state legislation requires utilities such as PG&E to slash or kill trees that are too near to power lines, even if they are safe, based on professional determinations.

In another order, Alsup directed Mark Filip, the court-appointed monitor of PG&E, to continue random monitoring of the company’s tree trimming along power lines.

He also mentioned that Filip’s team could prepare a final report by Nov. 19 detailing how PG&E was rehabilitated as a result of its probation and where the business really wants to change.

Alsup stated that the study should contain the names, ages, and death dates of everybody lost in the San Bruno explosion and any subsequent wildfires sparked by PG&E, as well as the number of buildings and acres burnt.

In an email, PG&E spokesman James Noonan said that the company’s activities are motivated by a commitment to keep its consumers and communities healthy. He mentioned that Alsup’s directives were still being reviewed by the firm.

“We disagree with certain of the court’s characterization of our actions, but we share the aim of advancing public safety, and we will continue working with the court and all stakeholders to advance this shared objective,” Noonan said.

PG&E is scheduled to testify before Alsup on Tuesday as a result of the Sonoma County district attorney’s latest decision to sue the firm for its role in the 2019 Kincade Fire.

The hearing was requested by federal probation officers because the allegations showed them a reasonable reason to conclude the organization has breached a probation provision.