School tried to hide incident with racist and homophobic stickers 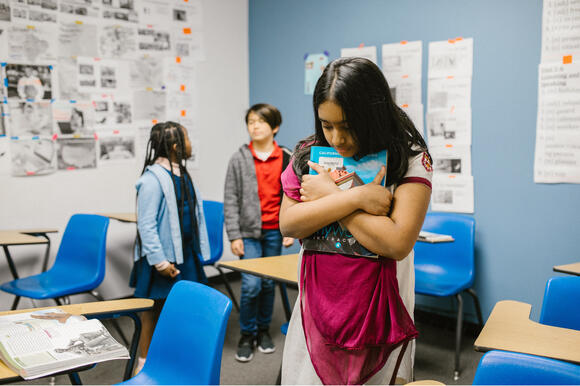 According to a letter sent to parents on Thursday, racist and homophobic stickers were discovered at a San Ramon high school last month.

According to San Ramon Valley Unified School District Superintendent John Malloy, California High School conducted a “thorough investigation” after the incident occurred but may not know who left the stickers. They were hidden across campus late at night and eliminated as soon as they were discovered.

The school’s administrative team apologized in the letter for not speaking with the group for a month. “That was a mistake and we are deeply sorry,” it said.

A majority of the students returned to California High in mid-March for hybrid instruction before transitioning to four complete days of in-person teaching at the end of March.

Malloy stated that the district is taking many measures to address bigotry in its schools, including the creation of a handbook to articulate the district’s standards for its schools while reacting to acts of discrimination and hatred. He clarified that it would provide instructions for schools to “communicate as soon as something happens.” The handbook will be completed during the summer and made available to the world.

Each school would therefore be required to develop its own strategy for dealing with instances of bigotry and prejudice. Malloy, for example, stated that the staff at California High School were participating in trainings and revising the student code of behavior to address concerns of racism, misogyny, and homophobia.

Malloy said, “our district is committed to doing this work.” We appreciate the effects of bigotry and sexism, and we recognize the importance of developing constructive coping methods to assist others who have been harmed.”

According to the letter, details regarding the event can be exchanged freely by utilizing the confidential tipline, which is connected on the California High website’s homepage.

According to experts, bullying is a common type of peer bullying that is correlated with a variety of negative psychosocial and health effects in adolescents that may last until adulthood.

Recent research has concentrated on bias-based bullying, which is influenced by a victim’s real or assumed inclusion in a marginalized, sometimes stigmatized, community.

Bias-based bullying is widespread among teens (some figures put it as high as 40%) and is more closely correlated with negative consequences than bullying that is not biased. Few studies, however, have established predictors of bias-based bullying, particularly at the contextual and/or ecological levels.

The thesis fills this critical void by investigating whether a single contextual and or ecological element, a voter referendum that promoted stigma towards a certain community, leads to bias-based bullying.

The experts were particularly interested in whether Proposition 8, a November 2008 California voter referendum that limited marriage to heterosexuals, was correlated with trends in homophobic bullying (bullying due to real or perceived sexual orientation) among California teens.

San Francisco’s lesbian, gay, bisexual, and transgender (LGBT) population is one of the biggest and most visible in the United States, as well as one of the most significant in the development of American LGBT rights and advocacy.

Among its many nicknames are “gay capital of the world” and “gay Mecca,” and it has been characterized as “the original ‘gay-friendly zone.’”

Working in a way that can help kids see everyone as equals will only help cultivate safe, kind, and happy future adults.