San Francisco is finally about to enter the yellow tier, find out what will reopen 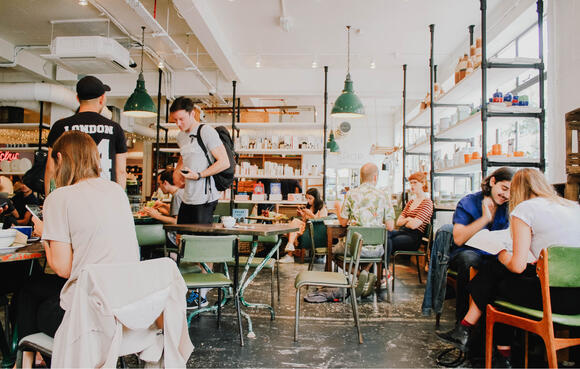 If it hits the threshold signaling low virus danger, which San Francisco just narrowly maintained before the winter surge, the city will reopen most businesses indoors with certain changes.

“Today, we finally find ourselves in a place where we have renewed hope for our recovery,” said Anne Taupier, acting director at San Francisco’s Office of Economic and Workforce Development, during a briefing with business owners on Thursday afternoon. “We have waited several weeks to be in a position to move into the yellow tier. It took us a while to meet the criteria.”

Marin County plans to join the yellow category on Tuesday as well.

Restaurants, gyms, wellness studios, movie theaters, theme parks, sporting venues, libraries, zoos, and aquariums may expand their allowable capability under state rules for the yellow tier. Bars that do not sell food, as well as saunas, steam rooms, ice rinks, arcades, and indoor playgrounds, will welcome people back inside. And outdoor events will have up to 100 members.

The San Francisco COVID Command Center stated that the city’s reforms are expected to go into force on Friday, May 7.

Dr. Susan Philip, the city’s health director said: “Our goal continues to be to align with the state’s framework as much as possible.”

Officials said they were also debating whether the city would deviate from the state’s guidelines.

“Some of these things may change by the time we see the final order,” Philip said. “But this will give us all a sense of the way we have been thinking about our progress.”

She also stated that the city plans to carefully slow down masking standards for completely vaccinated adults to conform with new CDC guidance until the California Department of Health formally changes the recommendations to meet as intended.

“We can’t get ahead of the state. We have to wait for them to implement the change before they make the change here,” Philip said. “We do recommend you carry a mask with you at all times.”

Many sectors of the city’s economy would profit from the city’s transfer to the yellow tier.

Restaurants, movie theaters, libraries, offices, churches, family recreation centers, gyms, and wellness studios will all open at half capacity indoors. Indoor restaurants, breweries, and wineries can launch with a capacity of 25% to 100 people.

The city’s yellow tier rules would almost certainly authorize outdoor conferences, seminars, and receptions to accommodate up to 200 participants, except completely vaccinated staff, and up to 400 if all guests provide evidence of vaccination or a negative COVID-19 examination.

Indoor conferences, seminars, and receptions will accommodate up to 200 guests, with all participants required to provide evidence of vaccine or a negative result.

Festivals of the arts, music, and theater can take up to 100 people.

Outdoor live audience venues can extend to 67 percent of their size, and gatherings that serve food and drinks may host groups of fewer than 300 participants without needing vaccination or negative test evidence.

The tier move would also bring back Costco samples, as dining and drinking in supermarkets and other retail outlets would be permitted.

Taupier said that the city plans to restore further bus and subway operations in the coming weeks.

Just four of the state’s 58 counties are now in the yellow tier: Alpine, Lassen, Mendocino, and Sierra, both of which are in mountainous, sparsely inhabited areas. Marin, Los Angeles, and Trinity counties are all expected to follow San Francisco in the least restrictive category on Tuesday, assuming that their metrics continue to change.

Mayor London Breed announced on Wednesday that 70% of San Franciscans over the age of 16 had taken at least one vaccination injection.

“That’s 15% higher than the rest of the nation,” she said in a series of social media messages, noting that just 0.7% of the city’s coronavirus tests are positive. “We’re nearing the end of this pandemic and we’re going to keep up the pace until we get there.”

According to the health department, almost half of the city’s inhabitants are completely vaccinated, which means they’ve had either the single-dose Johnson & Johnson vaccination or the two-dose Moderna or Pfizer regimen.

However, San Francisco’s singular situation in the Bay Area could be temporary.

California expects to retire its dynamic color-coded tier structure on June 15, allowing nearly all sectors of the economy to reopen at or close capacity, ensuring the state meets ambitious vaccine targets and COVID-19 hospitalizations stay minimal.

Philip said that this will be a step forward into restoring more city sectors, however, she cautioned that we cannot think of this as a “magical switch that will get us back to normal,” since we don’t want to roll backward.