Schools Won't Reopen After Teachers Choose Not To Return 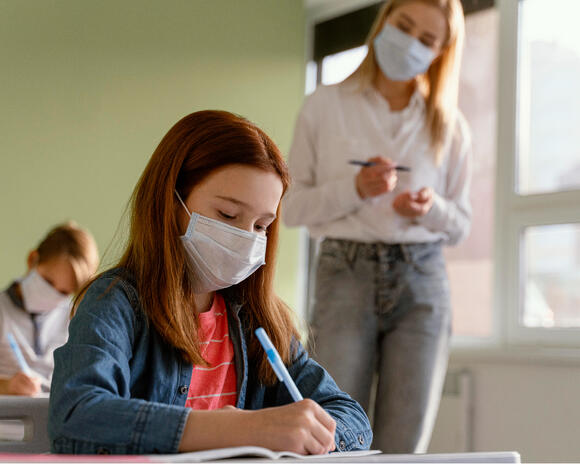 More than a dozen Oakland elementary schools and preschools would not reopen because almost all of the teachers have chosen not to return until expected to do so in mid-April, considering that even an $800 incentive and prioritized vaccinations were offered.

District administrators were forced to cancel reopening arrangements for six elementary schools and ten preschools, just days before children in preschool through second grade were set to return from a seven-month absence.

According to an arrangement negotiated between the district and the unions, those students had to return to school on March 30, with both primary and at least one middle or high school grade returning by April 19. Students with specific needs in all grades, including homeless pupils, foster kids, English learners, disengaged students, and others with special needs, will also be able to return by mid-April.

A shortage of volunteer teachers could jeopardize a deal negotiated between the union and district administrators to give all teachers a $2,000 stipend. The agreement stipulated that there be enough teachers to guarantee that priority students in all grades will return on March 30. This covers students who are disadvantaged, foster children, English learners, and others who are dealing with distance learning.

Because of personnel shortage, 30 extra schools are set to reopen to a small number of students, while 31 primary and early learning sites will reopen as expected, according to district spokesperson John Sasaki.

The district lacked adequate replacements and alternative team members to fill any of the classes where teachers choose not to return.

Many families would be disappointed by the announcement, as many students suffered academically and socially with distance learning. The staggered reopenings illustrate the problems districts face in reopening in the face of challenging labor negotiations and complex logistics.

Annie Gottbehuet, a parent, asked if the district and union could choose to get back the youngest pupils, “who are the least likely to settle down and learn by Zoom without requiring the teachers to be there.”

Her daughter’s kindergarten instructor at Montclair Elementary School would most definitely be covered by a replacement or another staff member before mid-April, she said.

It’s “laughable” that teachers aren’t returning right away, considering that her kindergarten daughter would definitely only receive five hours of in-person instruction every week, with the remainder completed online before the end of the school year.

School board President Shanthi Gonzales expressed disappointment that certain sites did not reopen on Tuesday as scheduled because it would have helped schools to gradually gear up for a complete return.

“Parents are very frustrated and in particular children who’ve experienced isolation, depression, all of those things,” she said. “It’s disappointing and I’m very sympathetic to the families. I wish more teachers were volunteering.”

According to district administrators, 58 percent of families have expressed a desire to return for in-person education.

Cleveland Elementary School administrators told parents this week that the school will not reopen on Tuesday as scheduled, but will now stay closed until April 19, when teachers and personnel are expected to return to classrooms unless excused from in-person teaching.

“At this time, we simply do not have enough staff who opted in for in-person instruction to open our classrooms to K-2 and priority students on Tuesday,” Principal Peter Van Tassel said in a letter to families. “Although this is disappointing news, please know that we are working hard to make sure we find every way possible to serve our students safely.”

Garfield Principal Alicia Arenas managed to prepare for the reopening, despite the fact that 60% of her team had chosen not to return.

She confirmed that each teacher’s decision was personal and that the school would reopen a few classrooms, with the remainder accessible to families in mid-April.

“We are very excited to return,” Arenas said. “We miss our students and we miss our families.”

Officials from the district and the teachers’ union signed an agreement earlier this month to reopen schools on March 30, with a voluntary return date for teachers closing on April 14 with all K-5 classes reopening five days later.

The agreement included substantial cash benefits for teachers, including a $2,000 stipend for all 2,700 union participants to return to in-person schooling this spring if enough educators returned to reopen for priority students, including those with disabilities.