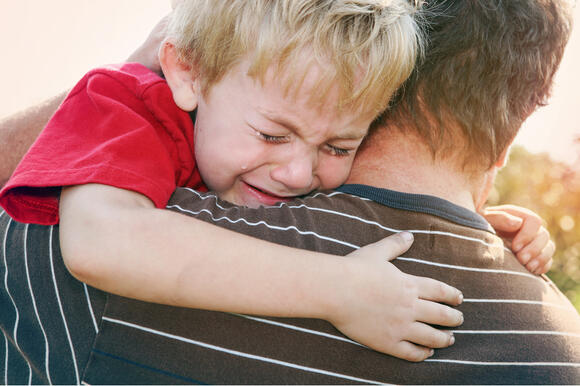 The Boy Scouts of America has received more than 82.000 claims of sexual abuse, and now are planning to create a settlement fund for the survivors.

The organization said in a court filing that they will establish a settlement fund of at least $300 million.

Back in February, the organization had to file for bankruptcy protection after receiving accusations of more than 82.000 cases of sexual abuse.

In order to come up with the money to reach a settlement, they will sell their treasured collection of Norman Rockwell’s art.

The Boy Scouts listed approximately 60 works of art by Rockwell in a reorganization agreement submitted in federal bankruptcy court in Delaware at the beginning of March, with the proceeds going toward a $300 million settlement fund for the sexual assault victims.

It was uncertain whether or not the collection had been appraised, and if so, for what amount. The Boy Scouts’ 379-page court filing did not contain values for each item of artwork, and the organization did not comment on how much they would seek to sell it for.

Many of the works are oil on canvas and were commissioned by the Boy Scouts through the years to Rockwell, who was the art director of Boys’ Life, the organization’s monthly publication at the time.

The Boy Scouts said the following about their settlement plan in a statement:

“The plan demonstrates that considerable progress has been made as we continue to work with all parties toward achieving our strategy to provide equitable compensation for victims and address our other financial obligations so that we can continue to serve youth for years to come.”

Back in 2019, TIME reported how the allegations and the abuse problem were far more serious than anyone knew.

Around the same time, a team of lawyers announced that they had gathered evidence from at least 428 men and boys whose reports of abuse, molestation, and harassment suggested that the Boy Scouts’ sexual abuse problem is much worse than the association had previously admitted.

Several of these men spoke out, and some of them detailed their accusations of harassment.

These survivors hoped to shed light on an issue that affected them and thousands of others and that was caused by the hands of the Boy Scouts, an organization that for 111 years committed to teaching young men proper manners, useful skills, and a sense of right and wrong.

Lawyers representing the ex-Scouts have talked of the organization as one that has betrayed not just the abused boys and men, but the whole country.

Since the Boy Scouts of America is a federally chartered non-profit, they are expected to send regular reports to Congress, and lawyers representing the former Scouts argue that the organization always neglected to provide details regarding harassment claims in such reports.

One of the lawyers said that in the reports, they were talking about themselves as a wholesome organization, when in fact, “they were kicking out child molesters at the rate of one every two days for 100 years.”

Studies show that survivors of sex abuse, especially young ones, are very likely to develop psychological and physical disorders throughout their lives.

Compared with nonabused adults, those who experienced childhood abuse are more likely to engage in high-risk health behaviors, experts say.

At the end of last year, the organization still had a sizable membership of over two million youth participants aged five to 21. However, this is roughly half of what it was in the 1970s, a decrease that coincides with increased scrutiny of the organization.

If we stop and think about all of the trauma and suffering that these survivors had to experience, no amount of money comes close to repair what this organization broke.

Nissan is recalling 323K cars in the U.S. due to malfunction

According to an official document, due to the hoods’ potential to fly open abruptly and obstruct the driver’s view, Nissan is recalling close to 323,000 Pathfinder SUVs in the U.S.

Newsom seems to get ready for 2024 presidential run, as he launches ads in other states

In California, Governor Gavin Newsom is seeking reelection. However, he will appear on TV ads that will broadcast in Florida on Monday. The advertisements are Newsom’s newest effort, according to his aides, to advocate for Democratic ideals on a national level. Lately, he’s been criticizing rival governors in Texas and Florida, participating in national media interviews, and even criticizing his fellow Democrats for their lack of activism.

Newsom signed $300B California budget on Thursday, see what it will mean to Californians

According to the $300 billion budget, which Gov. Gavin Newsom signed on Thursday and is the largest state budget ever, most Californians will receive tax rebates, more undocumented immigrants will be eligible for health care, and schools will receive additional financing.

The enormous 3,300-square-foot area restaurant is ready for opening day. Just in time for the holiday weekend, the staff at Square Pie Guys, one of the top pizzerias in the Bay Area, are prepared to serve their wildly famous dishes at their third new location in Ghirardelli Square.

Pigeons have plagued BART’s El Cerrito del Norte station for years, and attempts to shoo them away from the above-ground station have failed. As announced by BART on Thursday, that all changed recently when the rail company employed Pac-Man, a 6-year-old Harris hawk, as a creative solution.

According to the most recent edition of Schwab’s wealth survey, it still takes more millions to be considered wealthy in San Francisco than in other major metropolitan areas, and that amount has significantly grown since last year.

A longtime elementary school principal was dismissed after she used a racial epithet repeatedly when she was teaching a student who had just used the word not to say it. More than 28,000 people signed a petition in support of the principal while advocates for the African American community demanded that district employees who use the word be treated with zero tolerance, though they did not specifically demand that she be fired or transferred.

In certain locations of California, gas prices are already higher than the national average; but, with the state’s gas excise tax set to rise, those costs will rise even further.

Beloved frozen products out of stock at many grocery stores

Numerous frozen food items manufactured from this vegetable are presently either out of stock nationwide or have low stock levels due to a recent scarcity of the vegetable, which may also cause a price increase.

Tasty restaurants to try this summer in the Bay Area

(Davide Cantelli/Unsplash) This summer can be a great opportunity to try some delicious new dishes, and lucky for adventurers, the Bay Area has a lot of options to offer. Chungdam is the best place in Santa Clara for premium Korean barbeque.

At the Eastmont Community Center on Monday, more than a dozen Latino immigrant parents from Los Angeles County got free computers in order to take part in a six-week program on digital literacy.

According to a budget agreement that Governor Gavin Newsom and state legislative leaders announced Sunday night, millions of Californians will get stimulus payments for up to $1,050.

Food company is recalling two of its meal items

According to a press statement issued by the meal delivery company last week, hundreds of customers who consumed the products that were a part of several of its meal packages have become ill.

A Florida woman says she was fired when her employer discovered she had been recording a dance video while at work. The woman can be seen dancing while another employee walks in on her.

(Courtesy of California DWR) California, along with much of the US west, should anticipate a scorching, dry summer since the state’s two major reservoirs are at critically low levels.

Los Angeles is about to become the biggest city to restrict the use of fossil fuels locally as part of attempts to address climate issues — that includes not allowing new gas stations in the city.

Late costs for traffic tickets in California can easily add up to hundreds of dollars, and Gov. Newsom seems to not want to change it. The legislature has now enacted a budget that will abolish these civil assessments and wipe any debt associated with them.

Uber Eats have teamed up with Serve Robotics to bring cutting-edge robots to the streets of California, where thousands of consumers order delivery every day. Serve Robotics is a San Francisco driverless technology business that is presently deploying its robots to deliver food in California.

Bill Gates doesn’t want people to eat meat, and scientists in California are working on it

Bill Gates doesn’t want anyone to eat meat, real meat at least. How will humanity be fed in the coming future? Non-meat protein, as economists like to say at every chance, seems to be the answer: bugs, plants, or products created in vats.