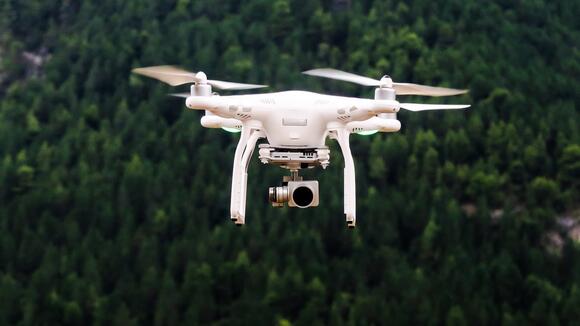 The local rescue squad was organized around the same time as the Bristol Life Saving Crew, Kingsport Life Saving Crew, and Johnson City Rescue Squad. Only Bristol and Carter County have stayed in the ambulance business over the years, adopting the required vehicle standards, training their personnel, and licensing them as EMTs and paramedics. The Carter County squad has embraced technology under its current director, Terry Arnold.

Arnold has seen the squad purchase underwater side-scan sonar to help locate bodies and search for wreckage. Arnold and his team have been deployed by state and county resources to assist with searches elsewhere in the state when local resources could not turn anything up. Arnold states the drone is a regional asset and is not meant to be used in Carter County. The original sonar is at the end of its expected service life, but newer technology has become more valuable.

UAVs - Drones in use

Arnold and the rescue teams at Carter County Rescue Squad have conducted numerous search and rescue missions on the lakes, rivers, and mountains of Carter County. Last year they used one of their drones to fly up and down the lake to locate a missing fisherman quicker than they could in one of their boats. The squad has been using drone technology to help them in their quest to find and save lives for the last few years. The drones are not tiny devices found in hobby shops; they are commercial drones. Arnold says the drones they use require an FAA pilot license.

The squad's rescue coordinator, John Burleson, says the drones have made quick work of their searches in the mountains - especially in the fall and winter when the canopy is less dense from the fallen leaves. Burleson says they've used their drone many times. One of the squad's volunteers is James Heaton from the Tennessee Department of Forestry. Heaton has become very proficient with the drone and uses it with precision.

Burleson says Heaton flew the drone to take footage of their last rope rescue course training on the Watauga Bluffs. Heaton got great photos and videos of Burleson and other instructors working with the students watching them rappel from the bluffs and conduct additional rope maneuvers. Burleson quickly showed me the sharpness and high definition of the color photos, infrared, and thermal imaging captured by the squad's drone - under Heaton's control.

The Carter County Rescue Squad responds to over 12,000 calls annually with ambulances and various rescue vehicles staffed by paramedics and EMTs. Nestled into the northeast corner of the state. The county is ranked 21st in population among Tennessee's 93 counties and covers roughly 341 square miles. Residents and tourists find the seclusion and remote wilderness areas a primary reason for coming here.

The mountains, streams, and lakes provide recreational activities for locals and their families. Many only need to travel a short distance to their favorite spot to camp, fish, hunt, or hike. Those who visit enjoy the scenery, the fresh, clean air, and the slower pace of mountain living. Carter County offers hikers more than 100 miles of the Appalachian Trail. While trekking the “AT,” hikers can experience various levels of difficulty, from easy walking to rock climbing and rappelling. Hikers have been known to participate in the reenactment of the “Over the Mountain Men” march from Fort Watauga at Sycamore Shoals State Park to Kings Mountain. Those brave enough, find the winter climate of the region adds a new dimension to their hiking. Snow skiing and cross-country skiing are enjoyed by many in this area.