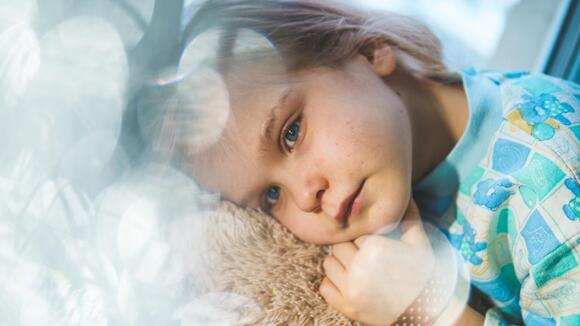 Influenza cases are on the rise in east Tennessee. Tennessee is among the most active areas in the country for flu this season, according to the Walgreens Flu Index. The market areas, as identified by Walgreens, identify the Knoxville market as number 2 and the Tri-Cities (Northeast Tennessee and Southwest Virginia) as number 5. Nashville is close behind at number 8 and Chattanooga at number 10 according to their most recent data tracker - based on anti-viral prescriptions.

Walgreens’ interactive map breaks down each state’s flu activity from low to high. Tennessee was ranked the number one state for Walgreens' most recent flu index (week ending December 3, 2022), followed by Mississippi, Arkansas, Wyoming, and Oklahoma.

When looking at just market areas, El Paso, Texas (including Las Cruces, New Mexico) ranked number 1 for activity (remember- this is based on prescribed anti-viral medications), followed by Knoxville, Tennessee.

The flu index used by Walgreens does not depict the severity of flu cases. Nor does it reflect the number of cases tested and confirmed by laboratories as being influenza positive.

Ballad Health System reports caring for 1,641 outpatient and urgent care flu cases and 107 patients hospitalized for the flu on December 3. The health system reports an average of 105-124 hospitalizations from the flu since November 25 this year.

The Tennessee Department of Health says Influenza, or "the flu," is a contagious respiratory illness caused by influenza viruses. It can cause mild to severe illness. Serious outcomes of flu infection can result in hospitalization or death. Some people, such as older people, young children, and people with certain health conditions, are at high risk of serious flu complications.

The Centers for Disease Control and Prevention and the Tennessee Department of Health recommend that everyone six months of age and older should get a flu vaccine every year. Flu vaccination can reduce flu illnesses, doctor’s visits, and missed work and school due to flu, preventing serious complications that can result in hospitalization and even death.

A flu vaccine is the best way to help prevent the flu and its potentially serious complications. The flu vaccine not only protects you, but it also can help protect those around you.

The old saying goes, "If you don't like the weather, just wait a few days..." The people of the Tri-Cites have waited long enough for the frigid temperatures to leave us from Christmas weekend. The weekend caused numerous power and water outages around the area as pipes froze and ground heave led to the main water distribution lines failing. The warming weather helped most water utility districts finally put the lines back together. This time strong winds and storms are marching across the area, leaving thousands of customers without power in the Tri-Cities and many areas in Southwest Virginia.

Are You Ready for Tennessee Laws Taking Effect in January of 2023?

Local Special Forces Veteran and martial arts instructor David Collins will host a ballroom dance class on Saturday, January 14, in Blountville, at Fire & Water Martial Arts. Next month's fundraiser will offset the increased cost of propane and other utilities used by the Christian-based martial arts school.

Should South Fork merge with Bristol or the Bristol-Bluff City Utility District?. The utility serving the areas east of Bristol, Tennessee, did not receive a favorable report during an April 2022 investigation by the Tennessee Comptroller's Office. The technical secretary to the state's Utility Management Review Board says it's not feasible for the utility to continue as it is now.

Jonesborough officials are beginning to gain ground on the multiple water system failures. Officials reported the main water tank is now holding steady at 31 feet as of noon Thursday, December 29. Crews restored service to Embreville, Bumpus Cove, and Highway 107 - bringing approximately 1,000 customers back online. Officials continued monitoring the tank until 3 p.m. today before moving on to the Conklin Road area.

Legendary guitarist and Rock and Roll Hall of Fame inductee Ace Frehley is coming to the Paramount Theater in Bristol, Tennessee. Frehley will be at the Paramount on February 2, where he'll perform in front of a live audience.