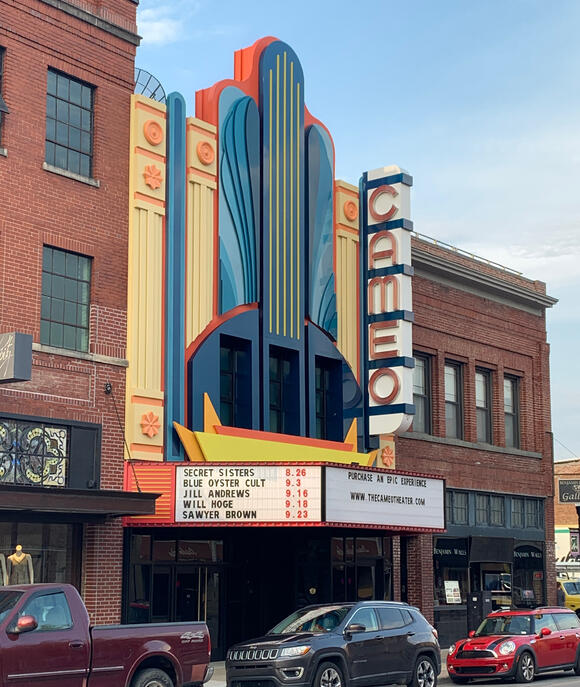 One of music's most recognizable harmony groups comes to Bristol's Cameo Theater this Saturday, August 20. The upbeat songs of The Oak Ridge Boys have become Country hits and earned them many of the music industry's accolades, including:

When the foursome appears on stage, they bring 50 years of tradition and 4 decades of singles that made the charts. The members of the group bring the same enthusiastic performance to each venue where they step on stage.

“When I go on stage, I get the same feeling I had the first time I sang with The Oak Ridge Boys. This is the only job I’ve ever wanted to have.” - Duane Allen, Lead Vocalist

Bass Richard Sterban says he was a fan of the "Oaks" before he became a member. He says he's still a fan today; being in the group fulfills my lifelong dream. The awesome foursome comprising the Oak Ridge Boys include lead vocalist - Duane Allen, Bass - Richard Sterban, Tenor - Joe Bonsall, and Baritone - William Lee Golden.

Their Country Music hits include:

They rerecorded their Country-Pop chart-topper Elvira in a 30th Anniversary version for a Cracker Barrel Old Country Store project.

The original group, based in Knoxville, Tennessee, started singing Country and Gospel music in nearby Oak Ridge where the atom bomb was developed. They were called the Oak Ridge Quartet and began appearing regularly on the Grand Ole Opry in 1945. Time magazine featured them as one of the top drawing Gospel groups in the nation in the mid-1950s.

Joe Bonsall says the 'Oaks' were the most innovative quartet in Gospel music. They performed with a Rock and Roll group, with a full band, bell-bottom pants, and long hair. Bonsall says people just didn't do those things in a Gospel group back then. Bonsall says the four became friends and when the group needed a base and tenor, Sterban and Bonsall were called in.

Bonsall says they were opening for Roy Clark in 1975 when his manager (Jim Halsey) came backstage and told us we were close to being a major act. Halsey told us "We had one of the most dynamic stage shows he'd ever seen, but that we had to start singing Country songs." Bonsall says they took his advice and the result was a breakthrough.

The Oak Ridge Boys are one of the most successful touring groups in the nation. They still perform each year at major theaters, fairs, and festivals across the U.S. and Canada.

The group found their feet performing consistently upbeat music, and being business savvy. Allen says, “We always look for songs that have lasting value and that are uplifting. You don’t hear us singing ‘cheating’ or ‘drinking’ songs, but ‘loving’ songs, because we think that will last. We also don’t put music in categories, except for ‘good’ or ‘bad.’ When we get through with it, it’s probably going to sound like an Oak Ridge Boys song no matter what it is.”

The performance this Saturday, August 20, 2022, is at the Cameo Theater on State Street in downtown Bristol, Virginia. The doors will open at 7:00 p.m. and the show is scheduled to start at 8:00 p.m.

Tickets to see the Oak Ridge Boys in concert at the Cameo are $74.50 to $88.50. Prices increase on the day of the show. Tickets can be purchased on the Cameo Theater website here.