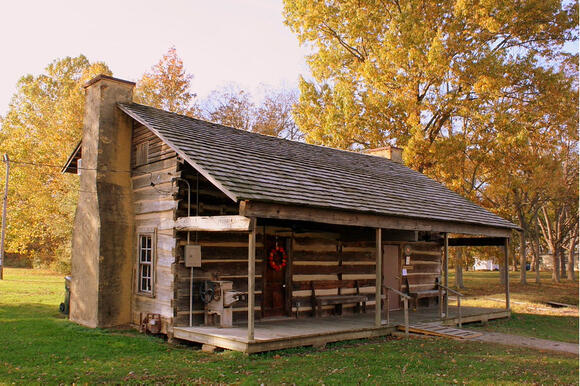 Crockett Days officially begins on Saturday, August 13, and runs from 9 a.m. - 4 p.m. and Sunday, August 14, from 10 a.m. - 4 p.m. Participant registration begins at 8:30 at the Welcome Tent. The opening ceremony will be held at Crockett Monument and starts off with the presentation of colors (raising of the American flag).

A Black Powder Shoot will take place at the black powder range on 9:30, led by park ranger Gary Purchase. Pre-registration is required and is limited to the first 20 people, and runs until 1:00 p.m.

The Firearms of the 18th Century display will be beside the Crockett Cabin at 10 a.m. and will be led by Fred Bloom of the Washington County Militia. Other displays and events going on include Furs of the Frontier, Music of the 1780s, 18th Century Kid's games, Tomahawk throwing, a 1780s Auction, Crockett and the War of 1812, the Story of the Lost State of Franklin, and the Story of the Overmountain Men.

Sunday morning kicks of at 10 a.m. with a Frontier Worship Service at the Gathering Tent. Pastor John Jarboe will lead services. Fred Bloom will have the Firearms of the 18th Century again at 11 a.m. beside the Crockett Cabin.

Thomas Batchelor of David Crockett Birthplace State Park will have Tomahawk Throwing at the riverbank below the homestead at 11 a.m.

You'll also want to see Mark and Sherry Finchum at the Long Hunter Camp. They will have a setup on the Lives of the Cherokee in the 1780s, beginning at 11:30 a.m.

There will also be events and stories relating the Story of the Overmountain Men, Kids Games of the 18th century, the Battle of Flint Creek, and Firestarting with flint and steel conducted by Wade Dalton.

Food and drinks will be available throughout the festival hours with several food trucks on site. Shane's Place, Pastor's BBQ, Island Vibe and more are scheduled to be on hand.

Come and see the arts and crafts vendors and enjoy the displays. The family and historians among us will surely have a good time.