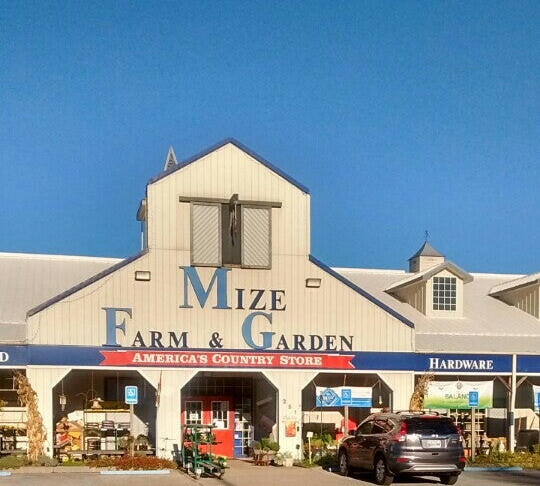 You may have seen changes at the trusty Mize Farm & Garden if you've been on Old Gray Station Road recently. Since Food City acquired the store this spring, plans have been underway to transition Mize to a "Curt's Ace Hardware." Now the signs are changing, and the "help wanted" signs are out. K-VA-T Food Stores purchased the business along with other locations and has partnered with Ace Hardware to bring a new line of hardware stores to the Tri-Cities.

In an April 22 news release, Food City announced they were evaluating locations in Abingdon, Bristol, Piney Flats, Erwin, Elizabethton, and Gray, Tennessee. They are partnering with Ace Hardware to bring a line of "Curt's Ace Hardware" stores to the region.

“We look forward to bringing Curt’s Ace Hardware store locations to the communities where we know there is a need. Given our vast merchandising and marketing experience, I’m confident that our team will do an excellent job managing and operating these locations.” -Steven C. Smith, Food City president and chief executive officer

Mize Farm & Garden has been serving the area for more than 45 years. They were the locally owned supply store to find the everyday farm, pet, and garden items away from the local co-op and big-box stores. With the transition to "Curt's," speculation has been in the community about whether there will be supplies and hardware for livestock. Questions also rise to see if they'll carry boots, jeans, and cowboy hats.

The iconic Mize Farm & Garden previously closed its location on Walnut Street in Johnson City several years ago. As the Mize location has been purchased in Gray, it looks like the end of an era. We can't help but be nostalgic and know that we will miss the locally owned center. The end of an era, maybe.

We look forward to having a hardware store in Gray. Ace Hardware is known for its paints, barbecue supplies, tools, hardware, and lawn and garden supplies. Perhaps it will come in handy and save many of us a trip into Johnson City to the other big-box hardware stores.