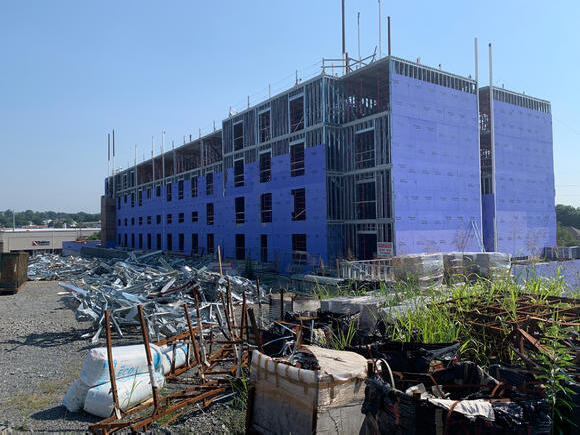 The Cincinnati Insurance Company has filed a Declaratory Judgment request in U.S. District Court in Greeneville. Tenneva LLC is requesting nearly $9 million in relief. The insurance company believes the amount is covered under the agreement between it and Tenneva.

Cincinnati Insurance says they do not pay for losses due to "design, specification, construction, or workmanship."

Cause of the collapse

Engineering firm Thornton Tomasetti, based in New York City, determed the building's collapse was due to steel load-bearing walls. The firm was hired by the insurance company to investigate the reason for the collapse.

Tomasetti reports the cold-formed steel framed walls failed under the weight of the precast planks, superimposed dead loads, and limited live loads applied to the planks at the time of collapse. The report says the specific bear wall at the second floor where the collapse initiated is unknown.

The Tomasetti report goes on to recommend a full review of the design to evaluate all potential design deficiencies.