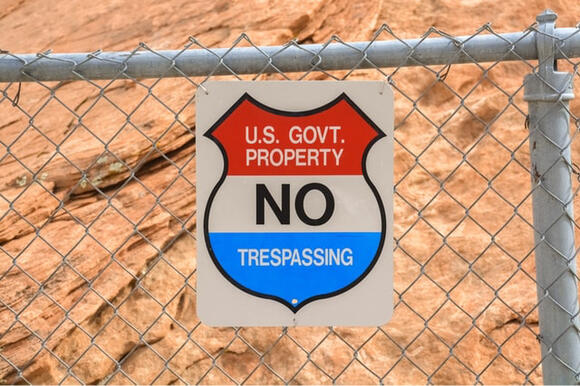 Why Oak Ridge Was Chosen for the Manhattan Project

Oak Ridge, the so-called “Secret City” was at the epicenter of the Manhattan Project, the American-led effort to build an atomic bomb.

Since the fateful events of August 1945, many people have wondered why Oak Ridge was chosen for the Manhattan Project.

According to City Behind A Fence, a history of Oak Ridge during WWII, the decision to build a nuclear development site in East Tennessee was made personally by General Leslie Groves on September 19, 1942. Groves had only been appointed the commander of the Manhattan Project two days prior.

A number of locations for the nuclear site were considered over the summer. The other sites were too small or vulnerable to enemy attack. Groves found the site scouted in East Tennessee had nearly ideal conditions for the military’s plans.

The Secret City is Born

Under orders from General Groves, the U.S. Army Corps of Engineers purchased 59,000 acres of land along the Clinch River.

Throughout the war, Oak Ridge was protected by guarded gates, and workers at the plants were sworn to secrecy. Few people in town were aware that the military was pursuing an atomic bomb onsite; they only knew information relevant to their specific job duties. It was not until the attacks on Hiroshima and Nagasaki in 1945 that the true purpose of the Secret City became clear to the masses.

Oak Ridge, Tennessee, is not just home to the Manhattan Project that helped end World War II, it is the present home of Oak Ridge National Laboratory and the Y-12 National Security Complex.

Oak Ridge was instrumental in the United States' win over Japan during WWII because of the development of the atomic bomb. Known as the “Secret City”, Oak Ridge was not on any maps and 100,000 workers were brought to the city to work on a Top Secret war project, known as the Manhattan Project.

The Manhattan Project brought the minds of physicists, chemists, mathematicians, engineers, and the military to expand the limits of technological achievements never before imagined. The Manhattan Project National Park consists of 3 cities; Oak Ridge, Tennessee, Los Alamos, New Mexico, and Hanford, Washington. The National Park is designed to educate the public and interpret what some have called “the single most significant event of the 20th century,” the development of the atomic bomb and the introduction of the Nuclear Age.

Newly opened in 2015, this historic park features sites, facilities, equipment, and artifacts associated with the unprecedented top-secret government program. The project enabled the U.S. to develop atomic weapons that brought an end to World War II. The legacy of the Manhattan Project is seen in many areas such as space travel, nuclear medicine, and energy production to name a few.  The Manhattan Project National Historical Park tells the stories of people, events, science, and engineering that changed the world.

As a result of the ongoing research beyond the Manhattan Project, the U.S. Department of Energy (DOE) provides expertise around the country and around the world. The Radiation Emergency Assistance Center/Training Site (REAC/TS) is a world-renowned, U.S. Department of Energy asset and a leader in the emergency medical response to radiological/nuclear incidents. REAC/TS provides emergency response and subject matter expertise on the medical management of radiation incidents for the National Nuclear Security Administration’s (NNSA) Office of Counterterrorism and Counterproliferation. REAC/TS is located at the Oak Ridge Institute for Science and Education in Tennessee and is operated for DOE by ORAU (Oak Ridge Associated Universities).

24/7 response capability for advice and consultation on radiological emergencies

REAC/TS also operates a unique laboratory that helps DOE close a critical gap in our nation's ability to respond to a radiological or nuclear incident. The REAC/TS Cytogenetic Biodosimetry Laboratory utilizes the “gold standard” dicentric chromosome assay, a proven technique that can be used to help calculate the absorbed radiation dose in exposed individuals.

REAC/TS recently helped the medical facilities around the Kennedy Space Center prepare with mitigation training, for a recent launch of a nuclear-powered rover that NASA launched to Mars.

American Museum of Science and Energy

Among the other sites and off-limits areas within Oak Ridge in the present day, you can visit the Smithsonian Institution's American Museum of Science and Energy. The museum provides an overview of how the city of Oak Ridge was built in secret during World War II and the developments of the Manhattan Project.

That isn't all. The museum also covers some of the other innovations which have taken place at Oak Ridge and the science and technology expansion that has taken place because of the work done in the city. The museum has many hands-on exhibits and is perfect for kids of all ages. The entry fee is very affordable and can be gone through in a couple of hours.

Established in 1943 as part of the Manhattan Project, Oak Ridge National Laboratory is building on a legacy of discovery and innovation to continually address the most urgent R&D needs of the U.S.

For more information on ORNL or their supercomputers, visit their website at ORNL.gov.