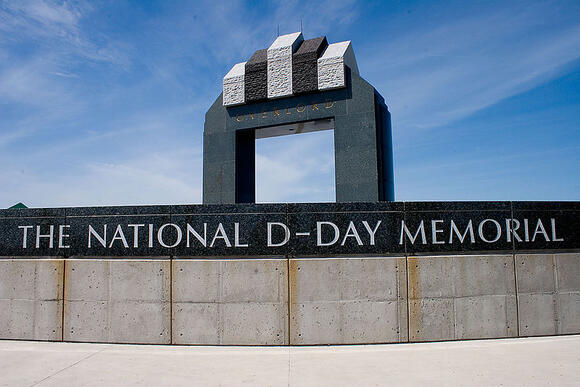 Codenamed "Operation Overlord", D-Day was the largest amphibious invasion in the history of war. With over 5000 ships and landing craft, the Allies pushed to place 150,000 troops ashore. It was only the beginning of a very costly campaign that turned the war and led to victory in Europe.

The "D" in D-Day is a reference to the first operational period in Operation Overlord. The amphibious landing was merely the first major offensive, that was combined with paratroopers landing behind enemy lines, naval bombardment, and air assault.

Deception campaigns were paramount to Allied success in opening the second front against Germany. The Germans were facing the Russians to their east, without any real presence to draw resources away from their battle with the Russians, since the battle of Dunkirk where the British were forced to withdraw. Opening the second front against the Germans was key to an Allied victory, as it forced the Germans to split their war efforts to protect key assets and relieve pressure on the Russians. The Russians were able to congregate and become a more potent force.

My grandfather, who was a private in the U.S. Army in World War II, was captured during the Battle of the Bulge. The prison camps were horrible places for the Allies. My grandfather told of them being fed only potato peel soup. They were starving and freezing to death. His prison camp was liberated by the Russians near the end of the war.

He told tales of the Russians giving them blankets, food, and comfort until they could be transferred to the American troops for care. Even at the height of the cold war, my grandfather wouldn't say anything disrespectful to the Russian people.

I believe all people to be decent where they belong, with a few exceptions. Our leaders can sometimes lose their way. It is our people who should keep one another in check, with what was once called common decency. Perhaps it is less common nowadays than it was in times past. Does this make me old? I feel old.

A surprise came to mind this past weekend when the first patrons enter the casino in Bristol for its opening weekend as the temporary facility. Social media complaints about smoking and the amount of smoke in the facility were present following the opening. Many patrons were not prepared for smoking within the gaming area.