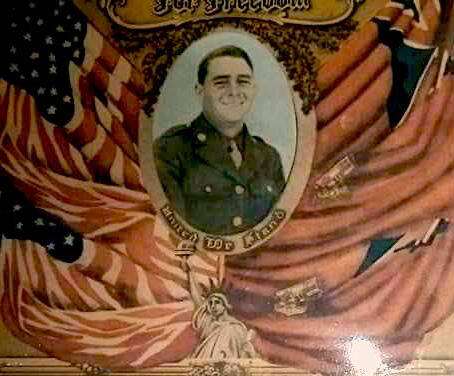 Many men from the Tri-Cities served our country during World War II and other wars. The northeast part of the state was a hotbed of military and government production during the 20th century. Lately, the industrial base which once kept the region humming has all but disappeared. One thing remains - the American spirit and love of country.

Both sides of my family served the country and our communities, just as thousands more have done in the region.

In working with my wife to prepare a tribute to military and public service (first responders) for her family's 87th reunion this summer, we discovered the Taylor family was one of the first families in the State of Tennessee, to settle in the Carter County area. They were not the first family but among the first.

The Taylor family has a long and distinct record of service since coming to the Americas from Ireland. Many of them served during the American Revolution, the War of 1812, the Civil War, World War II, World War II, Korea, and Vietnam. Not only were the Taylors military men, but they were also public servants.

Colonel James I. Taylor was appointed sheriff of New Kent County, Virginia in 1690. He had immigrated to the colonies in 1635. (Colonel Taylor was the great, great, grandfather to U.S. Presidents Zachary Taylor and James Madison.) Andrew Taylor, Jr., served as the first sheriff of the Tennessee Territory at the jail at Fort Watauga. This continued into the days of the State of Franklin.

The Taylors were also public figures, with Robert Love Taylor serving as Tennessee Governor from 1887-1891 and 1897-1899. Taylor was born in Carter County in 1850. He began his law practice and was elected to Congress in the same year, 1878. During Taylor’s terms, the prohibition law was repealed, and election laws were reformed. Another law strengthened the poll tax law created by the 1870 constitution. Taylor died in 1912 while serving in the U.S. Senate.

Robert Love Taylor's brother, Alfred Alexander Taylor, served as Tennessee Governor from 1921 to 1923. Alfred Taylor was also born in Carter County and served in the state legislature from 1875-to 1879, and three terms in Congress from 1889 to 1895. Robert and Alfred Taylor fought for the governorship in 1886 in what was dubbed "Tennessee’s War of the Roses." Alfred was beaten by his brother that year. When Alfred Taylor was inaugurated as governor in 1921, he was the oldest person to hold the office.

Also in the Taylor line is Johnson City resident Robert Allen Taylor. "Allen" was one of the first paramedics in Johnson City and rose through the ranks at Washington County-Johnson City EMS, where he retired as the Executive Director. Prior to his EMS career, Allen is not only a talented musician but served as a combat medic in Vietnam with the U.S. Army, where he received the Bronze Star among other citations.

The Taylor family and many others in the area have a deep-rooted history of serving and protecting both their community and their country. We all have similar stories buried within our family history - if we only take the time to look.