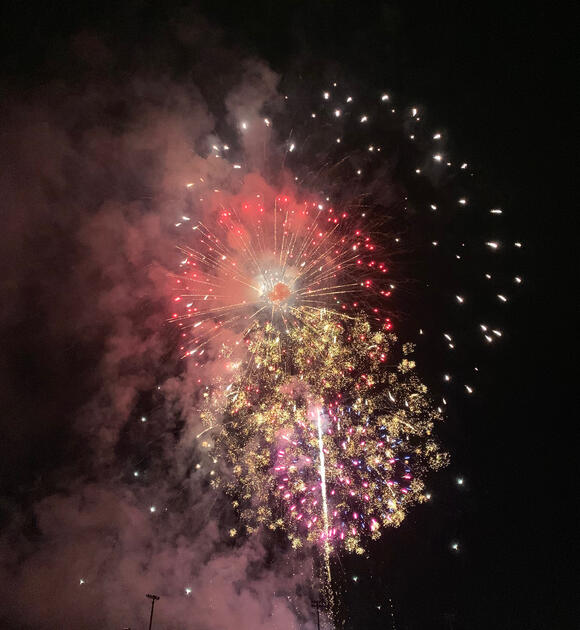 With the pandemic shutting down the celebrations in Johnson City, Tennessee for the past two years things have been quiet in the region's largest city. Pepsi chose not to have the celebration last year or the year before due to worries of COVID-19, while Kingsport and Bristol looked to move forward and work toward a more normal summer.

Pepsi confirmed their sponsored celebration will return to Freedom Hall on July 3, 2022. Fireworks are scheduled to begin at 9:55 p.m. The Freedom Hall Civic Center parking lots will be open at 5:00 p.m., with the other festivities starting at 7:00 p.m.

“After two years, we can’t wait to give the Johnson City community back what they’ve been waiting for, which is their fireworks show." - Gabriel Danastor, General Manager - PepsiCo-Johnson City

Officials report changes in the works for this year, including a beer garden featuring Pepsi's hard Mountain Dew. Other changes include no shuttle service from Winged Deer Park to Freedom Hall.

Event organizers say they are bringing back plenty of food trucks and more music performers to make this an even bigger and better event than in the past.

Kingsport, Tennessee's Red, White, and Boom celebration for Independence Day takes place on Saturday, July 2 in downtown. The event will take place on Main Street and starts at 5:00 p.m. with The Ultimate Garth Brooks Tribute band. The headliner is 38 Special. Bands will be performing on the Cardinal Glass Industries stage.

The city invites everyone to join them for a "patriotic party like no other." Food trucks, and fun for the whole family will climax with the largest Independence Day fireworks in Kingsport history.

In addition to the celebration and fireworks being planned for Observation Knob Park on South Holston Lake in Sullivan County for Independence Day celebrations on July 2, Bristol, Tennessee and Bristol, Virginia are planning their Annual Independence Day Parade on Indepedence Day, Monday, July 4, 2022 in downtown.

The parking log of the Downtown Center will be blocked off at 2:00 p.m. from State Street along the parade route to West State Street at Bob Morrison Boulevard and Commonwealth Avenue/Volunteer Parkway, down to lee Street/5th Avenue. The streets on the parade route will close shortly before 5:00 p.m. with the parade schedule to begin at 5:00 p.m. and end just after the end of the parade. More details are not available at this time.