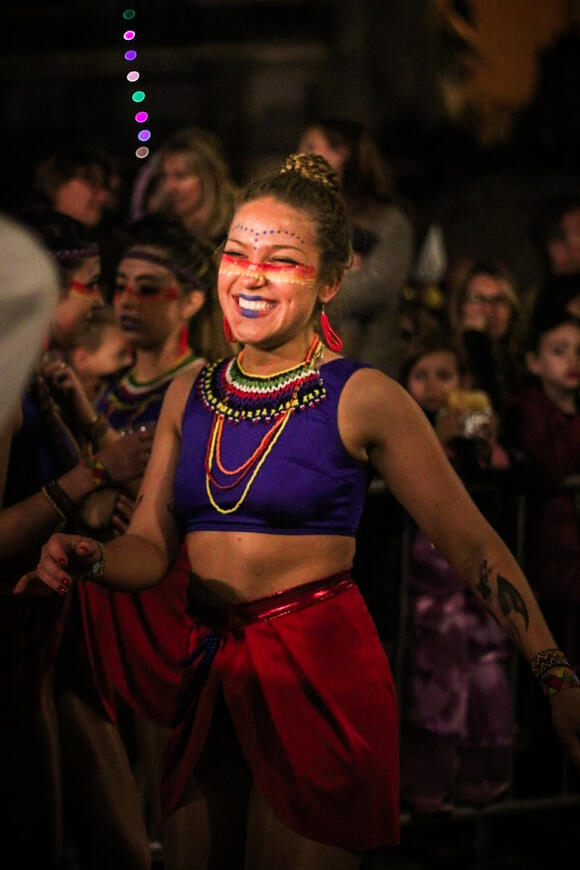 Many are unfamiliar with the festive Jewish holiday called Purim. It is celebrated annually on the 14th of the Hebrew month Adar, occurring in late winter and early spring. Purim began this year on Wednesday night on March 16 and ended on March 17 by our calendar. It commemorates the salvation of the Jewish people in ancient Persia from Haman's plot to annihilate all Jews in one day. Purim is translated as "lots" in ancient Persian - thus the holiday was named as Haman threw lots to determine when he would carry out the plan, as recorded in the book of Esther, or Megillah.

The Bnai Shalom congregation in Blountville, Tennessee held their Purim carnival on Sunday, March 20 at the Synagogue. Rabbi Arielle began the session with a lesson for the religious school. The Purim carnival followed shortly thereafter at 11 a.m. on site.

The carnival celebrating Purim is often postponed until the weekend when more people can celebrate together with a festival in commemorating the events that led to Haman's failed plot.

What happened and when

During the 4th Century BCE, the Persian Empire extended over 127 lands. The Jews were the king's subjects. King Ahasuerus had his wife, Queen Vashti, executed for not following his orders. To find a new queen to replace her, he held a beauty pageant. The winner was a Jewish girl named Esther, though she refused to divulge her Jewish heritage.

The king's right-hand man was a Jew-hater known as Haman, who was appointed prime minister of the Persian Empire by the king. A respected elder and leader of the Jews, Mordechai, was before Haman at one point and refused to bow to him. Haman was incensed and convinced the king to issue a decree ordering the extermination of all Jews on the 13th of Adar, the date chosen by Haman in a game of chance.

Mordechai brought the Jews together and convinced them to repent to their God and pray. Esther invited the king and Haman to a feast where she revealed her Jewish identity to the king and revealed Haman's evil ways. The king had Haman hanged and appointed Esther's cousin, Mordechai as prime minister. A new decree was issued by the king, granting Jews the right to defend themselves against their enemies.

The Jewish people of the Persian empire mobilized on the 13th of Adar and killed many of their enemies. They finished on the 14th of Adar, resting and celebrating.

On the 13th of Adar, the Jews mobilized and killed many of their enemies.

Why Is It Called Purim?

Purim means “lots” in ancient Persian. The holiday was thus named since Haman had thrown lots to determine when he would carry out his diabolical scheme. You can pronounce this name many ways. In Eastern tradition, it is called poo-REEM. Among Westerners, it is often called PUH-rim. Some Central-European communities even call it PEE-rim. (WARNING: Calling this holiday PYOO-rim—as English speakers are sometimes wont to do—is a surefire newbie cover-blower.)

Purim is unparalleled in Jewish celebration. It is the Jewish day "let loose". Children and adults are invited to dress in costumes if they want but it isn't required anywhere. Traditional Purim foods are served, such as hamantaschen (a three-cornered pastry with poppy seeds and sweet fillings.

On the evening before Purim (or Thursday before when it falls on a Sunday), it is tradition to fast in commemorating Esther's fasting and prayer to God to save his people.

A surprise came to mind this past weekend when the first patrons enter the casino in Bristol for its opening weekend as the temporary facility. Social media complaints about smoking and the amount of smoke in the facility were present following the opening. Many patrons were not prepared for smoking within the gaming area.