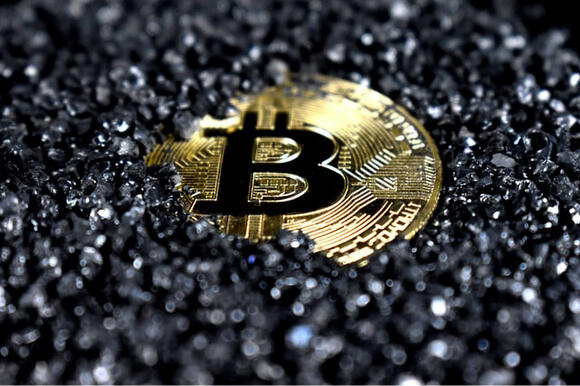 Washington County officials are headed to court almost one year after complaints started coming in about the noise pollution in the Telford community. The county suit is against BrightRidge and Red Dog Technologies, the operator of the Bitcoin mining operation.

The county is seeking a court order to shut down the operation. The county contends that the operation violates the zoning for the property (A-3, Agriculture-Business). The noise produced by the server farm is not the issue for the case, though it is what brought the attention to the Washington County Commissioners.

In February 2020 BrightRidge asked the commission to rezone the property from A-1 (General Agriculture) to A-3. The county was informed of the intended purpose for the site, with the public utility operating a block-chain data center - though the opeator was not mentioned in the initial proposal.

Red Dog Technologies has been named in the suit alongside BrightRidge. The business contends the A-3 zoning is meant for businesses located in rural areas and is aptly broad.

Residents in the area complain about the noise. The ones I interviewed said a server farm belongs in town, with other businesses who use computers.

Chancellor John Rambo will decide the first element on March 14, as County Attorney Allyson Wilkinson filed a motion asking for "partial summary judgement". Should Rambo find the operation in violation of the zoning ordinance, they will go to trial March 15 and 16.

Chancellor Rambo recently ruled on Feb. 22 that Red Dog Technologies couldn't countersue Washington County for damages in the county’s suit seeking to shut down their operation, if the county were to win.

Mayor Joe Grandy and two other county officials have been subpoenaed to testify. Mayor grandy served on the BrightRidge board until he resigned last week. Angie Charles, Planning Director, and Chris Pape from the zoning and planning office have also been subpoenaed.

A filing from Red Dog Technolgies says "Washington County" knew the property was "...rezoned for the operation of a block chain verification data center, owned and operated by GRIID or a related entity, and not by BrightRidge..."

“What the county did is actively participate in giving this rezoning for this as a permitted use, they were an active participant for 19 months, and now after the expenditure of millions of dollars by Red Dog they’ve decided to change their mind and now assert for the first time it’s not a permitted use.” - Chris Owens, attorney for Red Dog Technolgies

After the noise complaints began to surface in August 2021, the county commission asked Wilkinson about a course of action. In September Wilkinson said the use could violate the zoning ordinance. The commissioners directed the county to send BrightRigdge a letter ordering the facility closed. BrightRidge responded by directing the commissioners to Red Dog Technologies - stating they were not the issue.

Is the county's assertion that BrightRidge, as the public utility, is not the one operating the block-chain data center - and that is the issue? As I have personally observed the noise emissions from the operation, I can attest to the noise pollution and problems it may be causing to residents and their livestock. Hopefully a swift resolution can be made that protects both residents, and the GRIID/Red Dog Technologies.