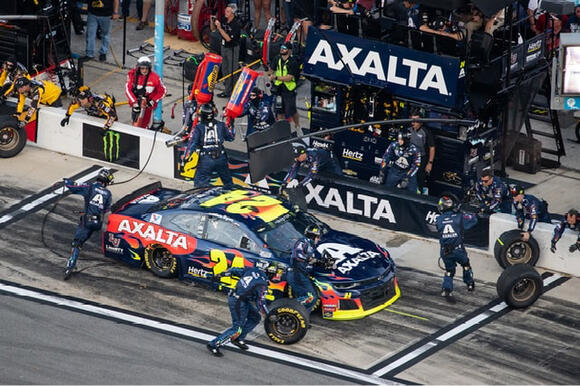 The 74th season of the NASCAR Cup Series is upon us as of Feb. 20 with the start of the Daytona 500. A race has already been held at the Los Angeles Memorial Coliseum ("The Clash"), but it wasn't a NASCAR Cup-series race. The NASCAR drivers area ready to duke it out with their rivals for the Cup at the Daytona 500 today.

Although most of the tracks and event names are familiar to NASCAR fans, there is a difference. This year's schedule has race-times returning to more traditional starting times than in the last few years. The green flag will drop later than fans have become accustomed. The shift in time is part of NASCAR's move to broaden and maximize its audience - according to Brian Herbst, NASCAR's Senior Vice President of Media and Productions.

"Based on data and fan feedback from the past several years, shifting afternoon start times back allows more of our fans — whether at home or at the track — to take in NASCAR racing on Sundays. In addition, airing the most Cup Series races on broadcast in more than a decade is consistent with our strategy of distributing our content to as many fans as possible during key moments in the season." - Brian Herbst, NASCAR Senior Vice-President of Media and Productions

Bristol's Food City Dirt Race will be held on Easter Sunday and start at 7:00 p.m., and should run through 10:00 p.m. Many local fans have expressed concern that racing on Easter weekend will impact attendance at one of the biggest races in NASCAR. Being a night race before a workday for many could also be problematic for those who aren't planning to take Monday off.

The September 17 Bass Pro Shops Night Race begins at 7:30 p.m., and I the traditional night race on the NASCAR circuit and one of the biggest draws for race fans. The iconic Bristol race weekend is one week after the Bristol Rhythm and Roots Reunion Festival in downtown Bristol, Tennessee-Virginia.

Stage lengths for the NASCAR Cup Series have been determined through the May 1 event at Dover International Speedway as officials determine fuel mileage with the Next Gen car that debuts this season. The stages at Bristol's Food City Dirt Race will end at lap 75, 150, and 250, while the Bass Pro Shops Night Race will be determined at a later date. The Xfinity Series stages will end at 85, 170, and 300; and the NASCAR Camping World Truck Series will end at 40, 90, and 150 for "dirt", and 55, 110, 200 when returning to pavement in the fall.

As the 2022 season is underway, NASCAR fans will see full use of the Next Gen cars that were testing throughout 2021.