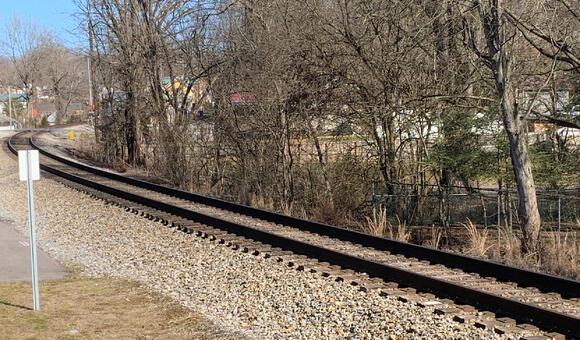 Improving and making upgrades to the Knob Creek Road area are moving slowly. While plans are underway for construction to eliminate the daily traffic backups at the one-lane tunnel, things are moving slower than many residents and developers would like.

The $15-20 million dollar project includes a five-lane roadway from State of Franklin Road near Lowe’s. The terminus would be near Stone Ridge subdivision. Plans call for keeping the existing historic tunnel (completed in 1909) as a pedestrian tunnel. Improvements to the roadway will improve the drive for those traveling the route daily.

Once begun, the project will take close to two years to finish. Construction was slated to begin after the Summer of 2018, with problems arising from elevation errors in the original drawings. A suit between the city and Baker Construction Services of Bluff City had to be resolved for the modifications required after the initial drawings were found to be wrong.

Longbranch Development Company of South Carolina is seeking to build a 178 unit townhome community in the area. The required rezoning (B4- planned arterial business, to RP-3- planned residential)Although there are concerns about existing traffic conditions near the project, a South Carolina-based developer is planning a 178-unit townhome community in north Johnson City, which would charge an average rent of about $1,500.

Longbranch Development Company is asking the city to rezone 22 acres at 2644 Knob Creek Road from B-4 (planned arterial business) to RP-3 (planned residential) was required to approve the development of the project. Former Planning Commission Chair, Stacey Wild, who lives near the proposed development area is in favor of the project, but thinks the infrastructure (including the bridge and roadway improvements) should be in place before the development of the housing community moves forward. Wild says the traffic nightmare is only going to be exacerbated if it moves forward before the roadwork and bridge are in place.

The CSX railroad traffic tunnel would be bypassed with a bridge of three travel lanes. Currently a system of three sets of traffic lights control the traffic flow through the one-lane tunnel.

The Tennessee Department of Transportation will schedule the $35 million project after approving the city's plan, after right-of-ways are acquired. Pindzola says land acquisitions and design could cost $4 - $5 million. Federal funding should cover 80% of the costs.

Angus Musser, an associate with Longbranch Development Company, doesn't expect major traffic problems before railroad overpass is in place. Musser says their development poses less of a traffic impact than a shopping center or other business.

Musser expects construction to begin in late 2022 if approved, wrapping up as early as 2024. The complex would have two and three bedroom townhomes, a pool, clubhouse with a cabana and a dog park. The townhomes would average 1,400 square feet.