A City Responds Within the Model City 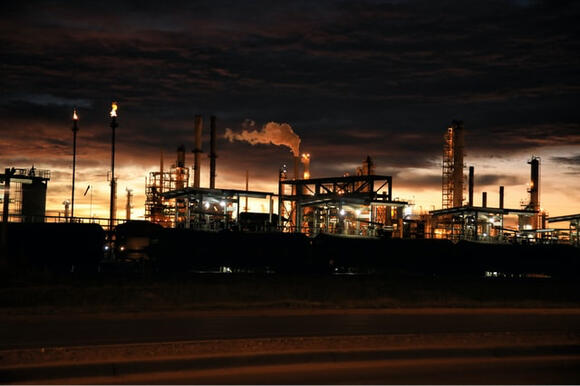 A high-pressure steam line failed at Eastman Chemical Company in Kingsport this morning. The rupture sounded like an explosion and could be heard for miles. The event occurred in the Northeast area of the plant around 7:30 a.m. Monday. Eastman officials say the event affected three buildings with power outages, and five people were injured. Two of the five were treated at Holston Valley Medical Center.

Inside the Eastman Global Headquarters in Kingsport, Tennessee is a city operating within the city of Kingsport. The company has its own borders, security, fire department, ambulance service, medical facility, bank (credit union), utilities, and foodservice.

Ranked 24th in monetization for chemical companies around the world, Eastman provides many good jobs to the region. The molecular recycling facility project is expected to bring even more jobs to the area.

The fact that the company operates autonomously is not by dumb luck. Redundancy and on-site safety and compliance personnel are the hallmark companies in big business. It doesn't make sense for them to require all employees to leave work to go to lunch, go to a medical clinic, or run to the bank. Sometimes these are required and people have to do them off-site, but for the most part, the company is self-sufficient due to OSHA, and other regulatory bodies.

The fire department operates out of the security office and provides more than one ambulance and more than one fire apparatus in the plant. They also work closely with the Kingsport Fire Department for mutual aid out of necessity, and the Sullivan County EMS.

The Kingsport plant's EMS operations have won the Tennessee Star-of-Life Award on more than one occasion for saving the life of someone on plant property. The EMS and fire service training include dealing with hazardous materials, trauma, medical, and pediatric emergencies. Though they rarely deal with children, they prepare for them too, as children have access to some of the Eastman facilities, such as the Toy F. Reid Employee Center.

At one point, entering the plant was simple enough. One could just drive in through a parking lot and pass through a gate. Since the attacks of September 11, 2001, there are concrete barriers and locked gates in some areas, with security personnel controlling access at others. The company has its own railyard inside the plant, operated by a contractor. One thing Eastman doesn't own and operate in Kingsport is an airport - though they do have aircraft and their own hangar at Tri-Cities Airport.

The company is currently investigating the steam line rupture and ceased production lines affected. Eastman officials expect everything to be back to normal in a few weeks.

The 70th annual "Music in the Castle" marching band festival occurred inside Viking Hall Civic Center at Tennessee High School on Saturday, October 1, as heavy rains were forecasted. Thirty-Four bands performed for spectators and officials, showcasing their talent during the day-long event.