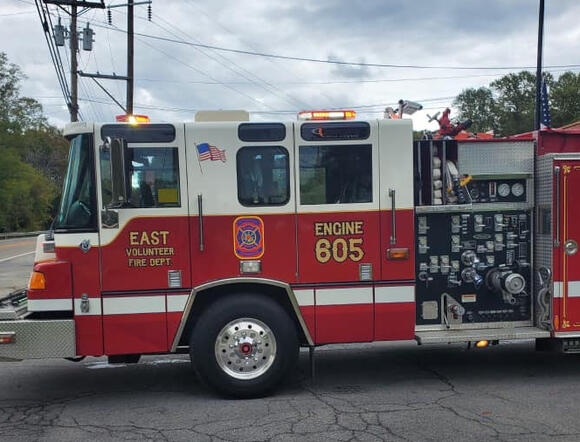 Emergency responders answered a call for a house fire at 1452 Vance Tank Road in Bristol, Tennessee Tuesday afternoon just after 4 p.m. The occupant of the home was able to get out of the house without injury.

Fire officials say the fire appears to have started in a dryer vent in the kitchen. The homeowner and neighbors worked quickly to help contain the blaze until emergency crews could arrive at the scene. The fire was contained to the kitchen area and crawlspace.

The property owner plans to refurbish and renovate the property after talking with the insurance adjuster and collecting the reports from the sheriff’s office and fire department. No injuries were reported.

The tenant of the property succumbed to natural causes early during the day. The other resident was drying laundry and the lint trap was apparently the origin of the blaze, which was located primarily under the floor of the laundry and kitchen area of the home. The property owner arrived shortly after being notified by the resident and used both water and fire extinguishers to quell the blaze inside the house after cutting the main power. Neighbors and the owner accessed the crawlspace from the rear of the home where further efforts extinguished the blaze occurred. Volunteer firemen worked under the floor to put out the fire.