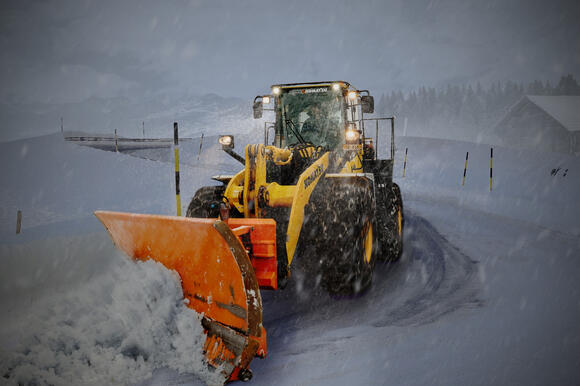 The only good thing about heavy, wet snow is it's usefulness for building snowmen and snowballs for a snowball fight. These are great for entertaining kids, but it's not too great for adults.

The danger of shoveling for most adults is the strain it puts on the heart. This can lead to a heart attack. Some studies have indicated that even using a heavy snow blower is also dangerous. It doesn't matter if you're in good shape - shoveling is hard work and puts you at risk of a heart attack.

The cold air is an added threat. It can cause blood vessels to constrict. This decreases the amount of oxygen flowing to the heart. Adding this to the strain already on the heart form the strenuous activity from shoveling and you've got a recipe for disaster. For older adults or those with preexisting heart conditions and it's more easy to succumb to cardiac issues.

A heart attack isn't the only concern when clearing your walk or driveway. You could easily fall or have another cold-related injury. Serious injuries can put a person out of commission for weeks. Broken hips, legs, etc.. don't heal quickly. A 2010 study published by the University of Rochester Medical Center found those 70 and older are three times more likely to die from a ground-level fall than other people.

Even non-fatal falls can lead to broken bones, joint, and muscle injuries. In 2011, 22,900 adults died from falls.

It is important to clear a path from your home, regardless of the dangers. Should you need to evacuate for an emergency need an egress route. Be honest with yourself and others about your ability to safely clear the snow from around your home. If it's not the best idea because of your age or physical condition - recruit a neighbor or family member. They might not want to do this, but they'd rather do it than see you putting yourself in danger. Be sure to watch them and keep an eye on their well-being while they are helping you too. It's your responsibility to see they do not overdo it either.

If you think you are up to it physically - prepare yourself before going out. Dress warmly and in waterproof/resistant clothing. Wear snow boots with good traction and warm socks, and gloves that are warm and dry. Before putting all of your outterwear on, you should stretch and do a few light warm-up exercises to reduce your chance of muscle strain.

The right way to shovel show

There is a right and wrong way to shovel snow. The wrong way puts a lot of unnecessary strain on you. Remember you aren't digging a hole. Use a snow-shovel or flat-nosed shovel. Push the snow to clar as much as you can, then lift using your legs and then dump the snow. Use proper lifting technique so you don't hurt your back and take it slow and easy. It's not a race. If you get tired, stop and rest. The more strain you endure the more trouble you can put yourself in.

Don't be afraid to use ice-melt. Spread it liberally on your porches, steps, sidewalk, and driveway. You don't want to slip and fall, and it may provide enough traction to keep you upright and safe... and reduce some of the shoveling.

When all else fails, hire someone to do the work for you. It's cheaper than paying a hospital or funeral bill.