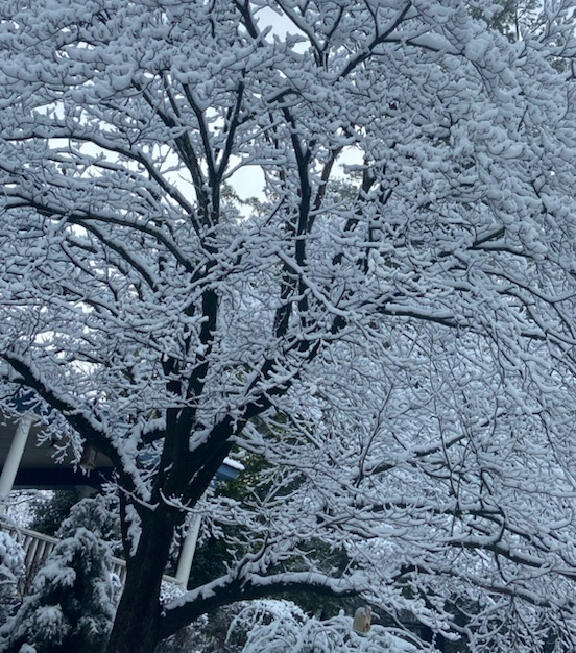 TDOT crews are pre-treating state highways and routes ahead of the snow predicted for Thursday. They ask that motorist give the road crews plenty of room to work. Following too closely can also cause visibility issues for you at times.

Salt brine is a salt/water mixture used for pre-treating roads before a winter storm or to melt snow on roadways when temperatures are hovering around the freezing mark. This treatment on the roadways will decrease the change for dangerous snow and ice buildup. Salt is applied to roads once the snow has started to accumulate.

“We prepare for winter weather months in advance. Our salt bins and our brine are fully stocked, and our employees are ready to mobilize in the event of inclement weather. Clearing our roadways as soon as we can is vital to keeping motorists safe and traffic moving in Tennessee.” - Joe Galbato, TDOT Commissioer

With nearly 200,000 tons of salt and 1.5 million tons of salt brine, TDOT crews are ready to tackle the snow and ice impact in the state. Their winter budget for the 2021-2022 season is $25.6 million. The budget includes not only supplies and equipment maintenance, but the overtime required of TDOT employees to keep the state moving.

Slow down in wet, snowy, or icy conditions and when visibility is poor. Even in a four-wheel-drive or all-wheel-drive, you may not be able to stop quickly or maintain control of your vehicle when you lose traction.

Always give yourself plenty of room to slow down and stop at off-ramps, bridges, and intersections. Beware of black ice and shady spots where it may lurk. It's offen hard to see black ice.

Slick conditions mean you can also lose traction and control more easily. You should be making subtle changes where possible in your steering, braking, and even acceleration to maintain control of your vehicle.

Remember than snow and ice require different tactics than normal driving conditions. Don't slam on the brakes or make quick turns. You'll also want to leave that cruise control off for your safety.

Snowplows are often spreading deicing materials, such as salt, even when they plow. Allow plenty of room between you and a plow at all times. The plow can shoot snow, ice, and any loose debris in the roadway several feet from the sides of the plow. Often they aren't following the center line or ege lines, as they may be covered and require clearing. If you decide to overtake a snowpow, be extremely cautious. You may encounter a plow coming in the opposite direction, or even traveling in the same direction in another lane. It's often safer to settle back and just follow one from a safe distance.

Know the forecast and road conditions before you leave home (or work). Check the local news or weather reports. You'll also want to make sure your vehicle is in proper condition, with all lights, wipers, and the engine working properly. It's best to have a nearly full tank of gas when heading out when possible. Remember the people earlier this week who were stuck on I-95 in Northern Virginia for 18 or more hours due to snow.

Make sure you can see, and be seen. Clear your windows, lights, hood, trunk, and top of your car before heading out. Buckle your safety belt and remember to drive slower. Give yourself plenty of time to reach your destination. Rushing not only puts you in danger, but others too.

Just in case you end up stranded for some reason, keep an extra blanket or two in the car along with some non-perishable snacks. You'll likely want to include some water. I recommend plastic bottles as they are less likely to burst or break. Hopefully you also have an extra charging cable for your cell phone too.

When driving on snow or ice, you'll want to slow/stop gradually, and accellerate slowly. Avoid any sudden moves with the steering wheel. Those two things alone will help you stay in control of your vehicle.

Most modern vehicles have antilock brakes. You may feel or even hear a pulsing when applying your brakes. This means your wheels are trying to slide while slowing. This is normal. Use your brakes by holding the pedal firmly. You don't have to pump the brakes gently as you do without antilock brakes.

Looking ahead more than normal will allow you to react gently to changes you need to make before you get to a point in the road - whether it be due to traffic, a turn, or a stop sign. You'll just be driving more gently than in regular dry conditions.