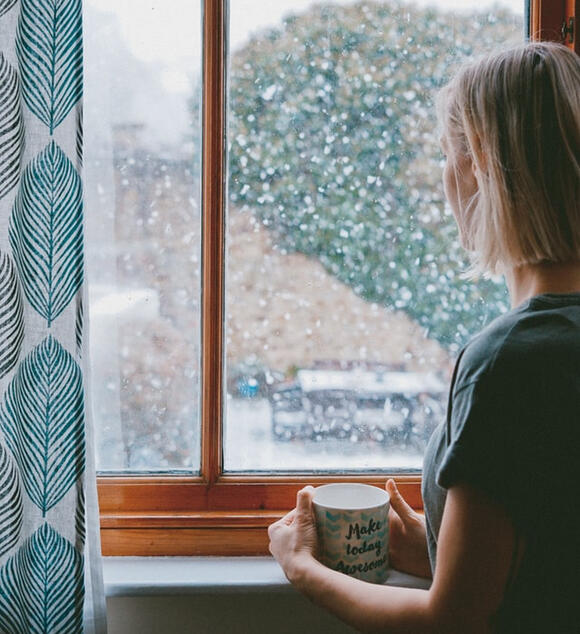 There are a few sayings about Tennessee weather: "There are two seasons-Winter and Road Construction," or "If you don't like the weather, just wait a day or two." We usually think about snow and ice when talking about winter. What's special about Tennessee is our varying topography and climate across the areas fo the state. The weather is typically warmer in Memphis and gets cooler as you move east.

According to the Climate Prediction Center, Tennessee weather will be affected by La Niña again this year. La Niña is an oceanic and atmospheric phenomenon of colder than normal temperatures, as part of the broader El Niño–Southern Oscillation (ENSO) climate pattern. This colder phase around the Pacific Ocean near the equator impacts weather around the world, including American winters.

The weather patterns across the country are segmented due to the changes in airflow. The Southern U.S. will be generally more warm and dry. The cold air will be locked into the North, where the cold and moisture will keep the snow blowers and sleds active. Weather systems traveling across the country will cause the cold and moisture to dip into the south at times during the season, but those are generally short-lived.

The climate prediction center is forecasting the 2021-2022 winter to be warmer than normal across Tennessee, and much of the southeast, while moisture west of the Tennessee Valley may be higher than normal. The valley and eastern mountains are expected to have temperatures in the normal (average) range.

Our snow, and much of our rain comes during the winter months in Tennessee. Our snows are actually not very common, yet we usually have a few each winter when the cold dips into the south.

The weather is fairly mild in Tennessee, even during the winter - compared to many parts of the country. The December highs range from 50.9 in Memphis to 48 in Bristol. The January averages range from 48 in Nashville to 45 in Bristol, and February are 48 in Bristol to 51.4 in Memphis. The lows aren't too far apart, with lows averaging as cold as 26.8 in February in Bristol to 37 for Memphis in the same month.

We can see that there isn't too much variation between the highs and lows across the state with only a few degrees difference. The timing is what makes things seem so different. The state is over 500 miles wide and takes over seven and a half hours to travel across by car. The weather impacts the state at different times of day with the same system - causing a different impact as systems are coming into the state when temperatures during the day are fluctuating.

“This coming winter could well be one of the longest and coldest that we’ve seen in years,” says Janice Stillman, editor of The Old Farmer’s Almanac

The 2022 Old Farmer's Almanac comes with a winter warning: Prepare for a “Season of Shivers.” This winter will be punctuated by positively bone-chilling, below-average temperatures across most of the United States.

They are predicting cold and dry in the areas from the North Carolina border to the middle of the Tennessee Valley, and cold and snowy for the rest of the state.

How does the Old Farmer's Almanac predict the weather

They issue forecasts emphasizing deviation of temperature and precipitation from the normal (averages). These are based on 30-year statistical averages of government meteorological agencies. Read more on how they predict the weather and how accurate was last winter.

The Almanac's 2021–2022 weather predictions consider factors which shape the weather. They consider these to be a weak La Niña, a continued warm phase in the Atlantic Multidecadal Oscillation (AMO), a neutral to positive phase in the North Atlantic Oscillation (NAO), and the Pacific Decadal Oscillation (PDO) in the early stages of its warm cycle. The Almanac also says we are in the early stages of Solar Cycle 25. This is expected to bring very low solar activity, which historically associated with cooler temperatures, on average, across Earth.

Now we can just sit back and wait to see whether the government, or the Almanac is closer to being right over all. They both appear to use science in different ways.